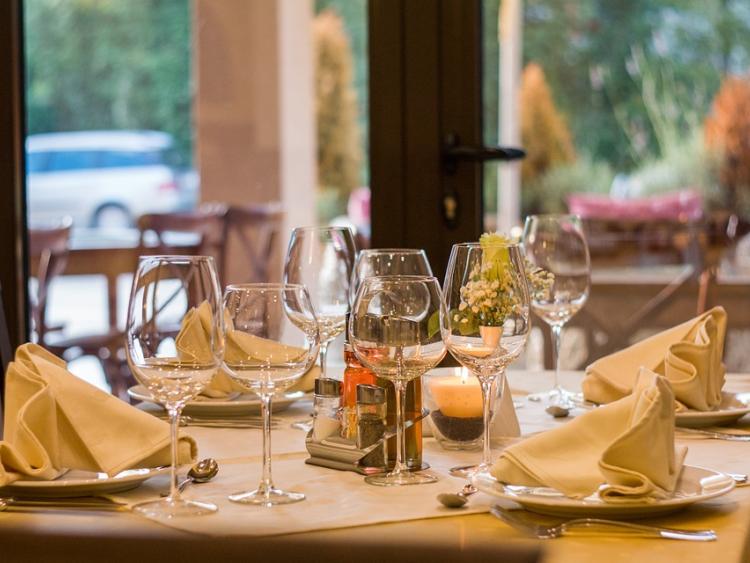 Waterford restaurants 'likely' to close if no-deal Brexit goes ahead, according to the Restaurants Association of Ireland

The Restaurants Association of Ireland (RAI) is calling on the Minister for Tourism, Transport and Sport Shane Ross to protect the restaurant, tourism and hospitality industry ahead of Budget 2020.

The RAI is calling for a reduction in the restaurant VAT rate for the restaurant, tourism and hospitality industry ahead of Budget 2020 as they fear the impact on their members of what looks increasingly likely to be a no-deal Brexit. The restaurant VAT rate was reduced in 2011 from 13.5% to 9% to help encourage and support the growth of small businesses. It was due to expire in 2013, but successive governments deemed the lower rate such a success that it was retained until Budget 2019.

"The restaurant, tourism and hospitality VAT increase has put a huge strain on our members," says RAI CEO Adrian Cummins.

"Small businesses are struggling to cope with the huge increase in the cost of doing business. Around one in five restaurants in Ireland will close if a hard Brexit goes ahead: the 9% VAT rate is critical to restaurant survival in Ireland. Minister Ross must listen to the industry and defend the tourism and hospitality Industry in Ireland. Given the potential for long term and far reaching consequences from a no-deal Brexit, the Government must act now to ensure the viability of the sector post Brexit.”

According to the RAI, raising the VAT rate to 13.5% has undermined the competitiveness and viability of Irish businesses. And at a time when other rising costs such as insurance and commercial rates are only going up, it makes it harder for business to stay afloat. The RAI fears that if the restaurant VAT rate is not reversed ahead of a no-deal Brexit, it will only worsen the divide between urban and rural tourism and continue to put businesses at risk.

According to the CSO, the accommodation and food services sector employs almost 8% of people in the country and contributes over €2.2 billion to the economy. While there has been significant growth in the number of tourists visiting Ireland, figures for 2019 show that visitors are staying for less time and spending less money. A breakdown of visitor figures shows that the UK accounts for over a quarter of all overseas tourism revenue and almost half of visitors to Ireland, further compounding worries about a hard Brexit.