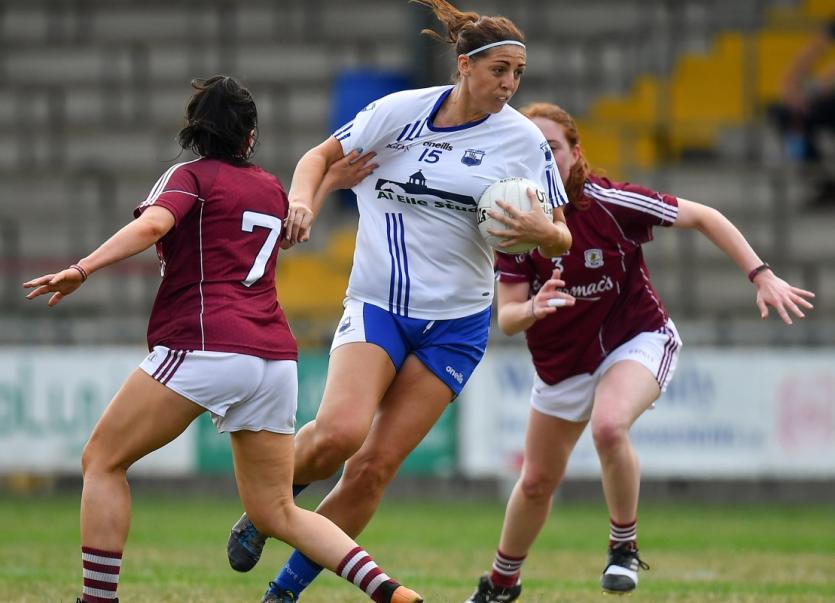 Waterford's ladies footballers are in preparation mode ahead of their TG4 All Ireland Senior Championship Quarter-Final against Galway at Glennon Brothers Pearse Park, Longford, at 2.45pm this Saturday, August 10.

Galway made it all the way to the semi-finals last year, but lost out to Dublin, and the Tribeswomen contested the Lidl NFL Division 1 Final against Cork in May, finishing as runners-up to the Rebelettes.

Galway are anxious to make a major breakthrough in the latter stages of the big competitions but they’ll have their hands full with Waterford.

The Déise’s big victory over Monaghan in Group 2 was enough to see them advance in second place alongside Dublin.

After surviving relegation last year, progress to the last eight of the All-Ireland series is a big step forward for Waterford, who last contested a quarter-final in 2017.

Galway will start as favourites to advance to the Croke Park semi-finals on August 25, and a clash with Armagh or Mayo.

But Waterford can attack this contest with a ‘nothing to lose’ attitude, and it could be a lot tighter than many people anticipate.