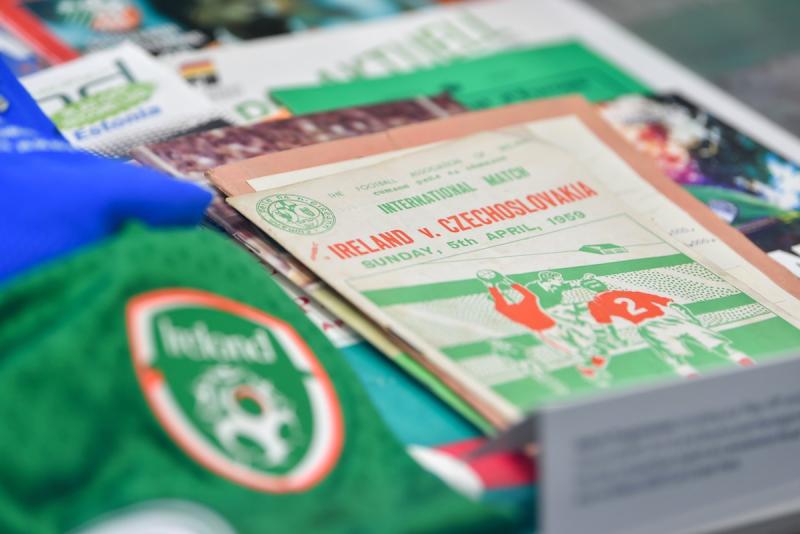 The National Football Exhibition will be making its way to Waterford next month as the football roadshow heads to Waterford City Hall.

As part of the build-up to UEFA EURO 2020, which will see Dublin host four games in the prestigious tournament, historical memorabilia from Irish football history and the UEFA European Championship will be making its way to all corners of the country.

And Waterford football fans will have to chance to see local former international Stephen Hunt’s jersey from EURO 2012 amongst the items on display and recently retired John O’Shea will be recognised as the Waterford ‘local legend’.

Waterford will be the fourth stop on the road and follows on from successful stints in Sligo, Cork and Limerick. It is its first visit to the South East coast and with a rich footballing tradition, it is sure to prove popular.

The free Exhibition, which has attractions for all ages, welcomed a wide variety of visitors to date and has proved a hit for school groups and family outings. The National Football Exhibition App which is available to download from the App Store or Google Play Store has a supplementary audio guide available in English or Irish, which gives visitors an extended insight into some of the items on display.

Waterford City Hall will provide the perfect venue and with the Spraoi Festival taking place over the August Bank Holiday Weekend, it is set to attract locals and tourists alike.

The Exhibition will be open to the public from Friday, August 2 until Sunday, August 11. Donegal will follow Waterford in September with further stops in Dundalk and Galway in the coming months before a return to Dublin for the finals.