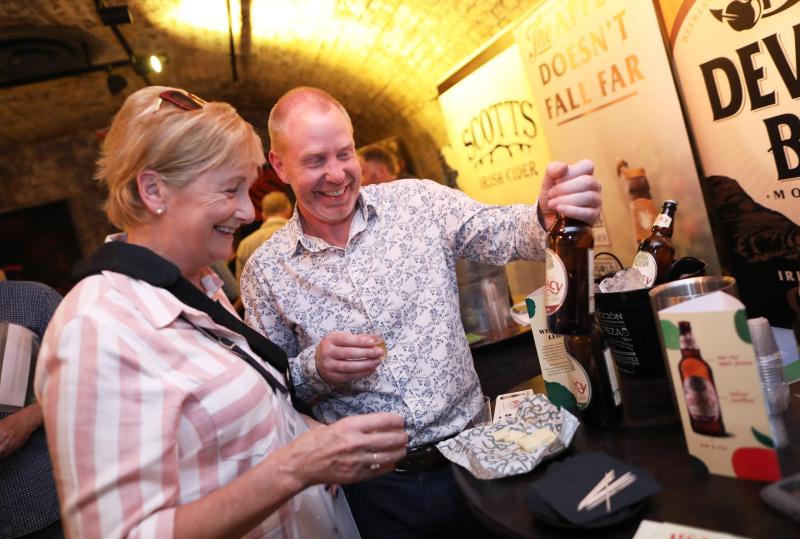 Waterford’s Legacy Cider has helped relaunch the Irish Cider Association as the Irish cider industry sets its sights on growth.

Total cider consumption rose by 0.43% in 2018, according to the first “Irish Cider Association Market Report” since 2012. The report shows that 64 million litres of cider were consumed in Ireland last year, making a €61 million contribution to the exchequer in excise payments in 2018.

Cider is Ireland’s third most popular alcoholic beverage with a market share of 7.5% in 2018, according to Revenue. However, its market share has decreased marginally from 7.7% the previous year.

Since 2001, the average per adult alcohol consumption has fallen by 23.2% in Ireland (CSO/Revenue Commissioners). The drinks industry, as a result is going through a premiumisation phase, where consumers are seeking quality over quantity, evidenced by continued growth in premium, super-premium and craft categories. This is also reflected in the Irish cider market.

Irish appetite for homegrown cider continues to be the staple of purchases, with roughly 75% of cider consumed made in the Republic of Ireland. This marked a 2% increase in the market share for local purchases year-on-year. It’s estimated that producers use on average 50,000 tonnes of apples each year which benefits Irish apple growers.

“Legacy Irish Cider is three generations in the making! My grandfather grew apples in The Bride Valley in West Waterford in the late 1950s. My father had a passion for apples and became a doctor in the study of apple production. I am proud to be continuing this legacy by captivating this history and heritage in Legacy Cider.”

"Consumers are demanding quality products and thus as an industry, we’ve had to change our products to cater for that. Ireland’s cider industry makes a valuable contribution to our economy and cultural life, making it one of the most exciting industries to be in at the moment.  As a result, cider drinkers in Ireland have an unprecedented choice of cider products in our restaurants, pubs and retail outlets.”

However, as Britain leaves the European Union on October 31, the sector faces significant challenges to its growth trajectory. The Head of the Irish Cider Association, Jonathan McDade explains; “Today, about 85% of cider exports go to the UK. The likelihood of a no-deal Brexit, with potential tariffs on both inputs and finished product, has increased uncertainty for producers and could impact investment within the sector.  It is vital that the Government does all it can to mitigate these external negatives for the industry.”

“At the moment, Irish cider consumers pay the third highest rate of excise on cider in the European Union, taking up nearly 30% of every pint. We believe the Government should reverse its recession-era emergency excise measures with an excise rate reduction in Budget 2020 to support the sector.”