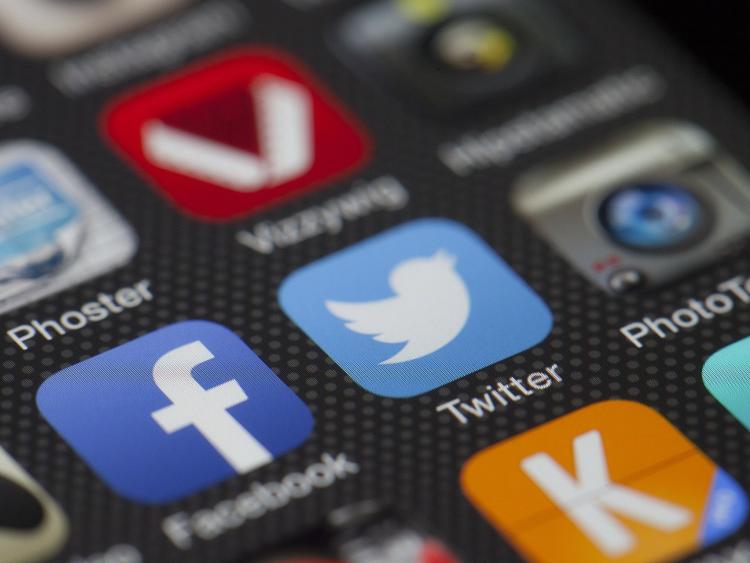 OPINION: Social media isn't the great big scourge of society - we are

Social media is perhaps the most societally transformative technology to sweep the world since the television or telephone.

It undoubtedly connects us in a way never before experienced and possibly never to be repeated. It has too been painted as a demon to society, much like the television when it first became mass media in the 1950s.

The concept of trolls has emerged in the last decade as an incessant and pernicious digital mob, alighting on issues and individuals like flames to a petrol-soaked stake. It leads to unsavoury clashes between those of vastly differing views, often faceless fanatics and digital vagrants. It creates hate, a culture of bullying and poses a great risk to mental health.

The other issue is time and experience. We are told, ironically by Twitter know-it-alls, that we are losing those live-for-the-moment memories we all retell at Christmas or family get-togethers; the half-remembered and, at times, concocted glories of our youth. Yards have been added over the years and that makes them all the sweeter in that haze of our heyday. We've surrendered this beautiful nostalgia to smartphones and screens, we're lectured.

It's sad in a way that those things are often unrecorded, save for a grainy photo stained with coffee rings from the last re-telling of Christmas '88. It's also pretty amazing that our digital footprint and the much-maligned social media posting of those moments nowadays will be the reminiscing fodder of the future. Our children and grandchildren will have a snapshot of the people we were; immersive and moving memories to make them laugh and cry long after we're gone.

Events of the past week have certainly unveiled the ills of the technology. As news of our former Taoiseach Brian Cowen's serious health condition broke, Twitter and Facebook were wrought with sadness and anger. The vast majority of posts and comments made were those of good wishes, some were unsavoury, and others were not downright vicious and despicable.

These side effects of social media flare up under the spotlight of the media and reactionary fellow users. The fair-minded retaliate with worthy rebuttals but rather than diffuse any tension, these work as an accelerant for the incandescent vitriol.

These instances start wider debates on the effects of social media and how it erodes society. It's very often overlooked in the lofty anorak debates that it is human behaviour corrupting the technology; not the other way around. A text box is a weapon in the wrong hands, much like a car or a pint, even.

Brendan Behan once said: "We had gone out to pass the beautiful day of high summer, like true Irishmen, locked in the dark snug of a public house."

As the sun shines outside, the men sit in the dark, trading wanton gossip and slurping the demon drink. It is not the want of all but there is something in Behan's observation that portrays this country's somewhat insidious relationship with alcohol. It is a 'quare' one by anyone's measure, and yet it captures a culture.

The car too is a weapon in the wrong hands; a blindingly fast hunk of metal hurtling the roads with disregard or waywardly winding its way past us at the hands of a drunk driver. At the same time, cars can be lifesavers in the hands of gardai or paramedics.

Should we ban alcohol and cars because they cause such devastation on this earth? Of course not. Do we continue to campaign for better education in both areas and fight for legislative changes to protect ourselves and our society? Absolutely.

Therein lies the problem with social media. The ignorance of certain people is boundless, and on social media, that ignorance has been given an equally unbridled platform.

If we had rules for the road as lax or unenforced as we do with social media, they would feign relevance. Or imagine we failed to educate drivers about the dangers of speed or drink or drug driving through schools and public campaigns. The results would be catastrophic.

That is the situation festering when it comes to social media. We tell ourselves we're using technology positively in education. Yes, children use it in school and they get laudable talks about online bullying and etiquette, and yet, the consequences simply aren't there.

Where a drink-driver loses their licence, a person spreading hate or using social media to abuse others rarely sees repercussion. The legal knock-ons are wide-ranging but the world of social media is so vast, the law is certainly an ass in its wake. There have been high-profile cases of social media misuse punished by all, but they are usually extreme cases, and frankly, few and far between.

The more prevalent and easily more societally dangerous spread of hate speech, racism and bullying goes largely unchecked. In the cases of racism and hate speech, we have laws in place to fight them on paper, but how do you take a million people to court? In the cases of vitriol and bullying, it is very often a case of the law having no hand, act or part to play. It is free speech being given the proverbial free reign and it is a fearsome beast.

The law doesn't have the logistic capabilities to tackle the plethora of issues. In the recent Ana Kriegel contempt of court hearings, we saw Facebook and Twitter basically told they could do no more than delete content identifying the boys, despite evidence that content was visible and spreading like wildfire as representatives of the tech giant's were getting their harmless rap in the knuckles in the courtroom.

Again, the misuse of social media went largely unchecked. The court issued warning after warning; siren calls in an echo chamber as the fire rages in the digital crucible.

There is a hands-off 'what can we do?' attitude when it comes to policymakers in the face of something so vast. It is like a team of firefighters throwing their hat at a forest fire because it seems so uncontainable. The effects of social media continue to billow throughout society - the cases of Brian Cowen, the Ana Kriegel trial and the growing number of bullied schoolchildren are testament to that.

And perhaps, after all the pontificating, it is we who hold the keys to the fire engine.