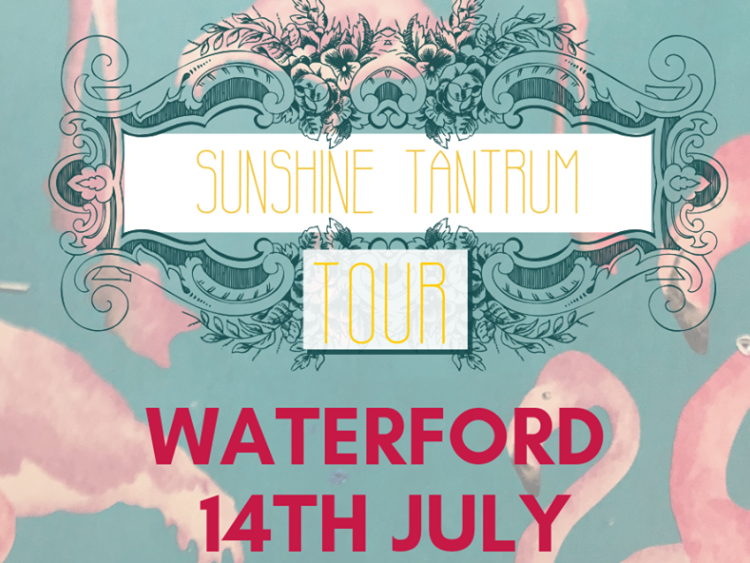 There will be opportunities in Waterford, Cork, and Galway to perform in an Open-Mic segment for local artists.

Showcasing the talents of emerging and established performers across the island of Ireland to promote the art of spoken word to new audiences and communities, promoting poetry in a non-traditional fashion with elements of theatre, comedy and storytelling.

The shows are produced with the sole purpose to be enjoyed by everyone. Spoken word is fast becoming a popular art form and an important medium of expression across generations and backgrounds.

The destinations for the 2019 Sunshine Tantrum Tour were selected to boost the imagination and skills of the Irish community of artists, and to push the boundaries for what spoken word can be.

Modwordsfest, directed by Waterford writer and poet Anna Jordan, will be the first stop for The Sunshine Tantrum Tour.

A show which deals with found family and the socio-economic struggles of a generation that was promised the universe,
but was gifted a broken world. The two are currently touring ‘Make/Shift’ throughout the UK & Ireland.