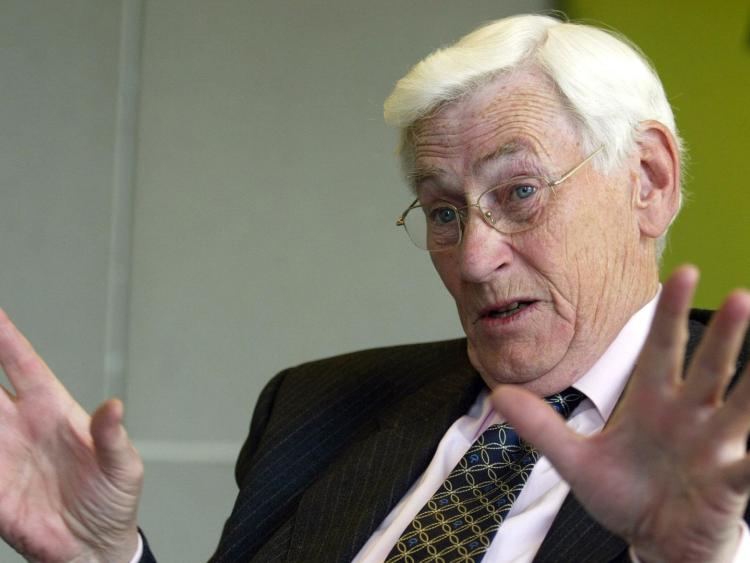 A host of global political figures have been lined-up for the Kennedy Summer School 2019.

The 2019 Summer School will focus on topical issues in Irish and U.S. politics with leading expert speakers from both sides of the Atlantic. More than 50 guest speakers will participate in debates on a wide range of subjects with the U.S. and Brexit to feature prominently.

Announcing the 2019 Kennedy Summer School programme, Co-Director of the School Larry Donnelly says, "We are delighted to unveil the lineup for the 2019 Kennedy Summer School. Attendees will have the opportunity to hear a wide range of topics discussed and debated by a diverse group of superb speakers and high profile contributors from both sides of the Atlantic and further afield. There literally is something for everyone this year and New Ross will again be bustling with activity from the 5th to the 7th of September. We hope to see lots of familiar and new faces over the weekend."

Early in the afternoon on September 5, a Tea Party reminiscent of the most famous tea party in history will take place. Guests to the tea party include Marty Morrissey and Senator Frances Black to talk about their very different career paths and their rise to national celebrity in very different fields.

Later in the evening historian and distinguished former public servant Felix M. Larkin will donate his personal Kennedy collection to the Kennedy Archive at New Ross Library following this event Former Deputy First Minister of Northern Ireland Seamus Mallon will officially open the 6th annual Kennedy Summer School on the evening of Thursday, September 5, and he will participate in a public interview with Eileen Dunne discussing his fascinating career and his recently published memoir, “A Shared Home Place,” and his perspective on current developments, or lack of them, in Northern Ireland.

This event will be followed by a keynote address as the Edward M Kennedy Lecture will be delivered by Archbishop Eamon Martin on ‘What Role Is There For Faith In Our Politics’ with replies to the lecture from Senator Ivana Bacik, Professor of Law in Trinity College and Michael Kelly, Editor of The Irish Catholic and an award-winning writer and broadcaster specialising in religious and social affairs and Thomas H. Groome, who is a senior Professor of Theology and Religious Education at Boston College.

On Friday morning a focus on positive mental health will see the author Stefanie Preissner join former CNN correspondent and anchor Gina London to host an event for secondary school students under the title ‘Inspiring Ambition over Adversity’ and for primary school students, Wexford-born illustrator Lauren O’Neill will host a workshop at New Ross Library.

Also on Friday morning a forum on tourism will be hosted by Fáilte Ireland and Wexford County Council an address from Denise O’Leary, Assistant Head of the School of Hospitality and Tourism in Technological University Dublin, Paul Kelly, CEO Fáilte Ireland, and Tom Enright, CEO Wexford County Council, the event will be chaired by Jenny De Saulles, Head of Ireland’s Ancient East.

On Friday evening an examination of the similarities and differences between the Irish legal system and constitutional framework and that of the United States particularly in the area of personal and human rights will be put into focus as professor of Law at NUI Galway Donncha O’Connell, Dr Jennifer Kavanagh Lecturer in Law in Waterford Institute of Technology, Ruadhán Mac Cormaic Assistant Editor at The Irish Times will host a panel discussion chaired by Noleen Blackwell.

This event will be followed by the Kennedy Summer School Interview with graduate of MIT and Yale Law School, where his classmates included Bill and Hillary Clinton and President Donald Trump’s national security adviser, John Bolton, Former Congressman Bruce Morrison who will be interviewed by Catriona Perry.

On Saturday morning the Kennedy Summer School History Symposium will take place and will look back at 1959, 1979 and 1989, Ronan McGreevy will discuss Seán Lemass and a discussion on Charles Haughey will be chaired by Eileen Dunne featuring panellists Conor Lenihan, a former Fianna Fáil TD and Peter Murtagh, an Irish Times security correspondent, who covered Haughey as Taoiseach and co-authored “The Boss”.

Also on Saturday morning, thirty years since the fall of the Berlin Wall Former Czech Ambassador to the United States Michael Žantovský and Former Labour Party leader, Tánaiste and Minister for Foreign Affairs Dick Spring will look back at this iconic event and the impact on European politics, the European Union and the United States’ relationship with Europe.

At noon a keynote address from distinguished New York Times columnist Maureen O’Dowd will take place. In an extended public interview with Larry Donnelly, she will discuss her monumental career stemming from her position as an editorial assistant for The Washington Star in 1974, to writing for major global publications on a series of topics from politics to gender. She will give her take on the Trump presidency, the fate of US politics and media and the lead into the 2020 US Presidential Election.

At 3pm the focus will be placed on the twists and turns of the Brexit negotiations, the border issue and UK Ireland relations as Democratic Unionist Party, Chief Whip at Westminster Jeffrey Donaldson MP and Senator, Former Tánaiste and Minister for Justice Michael McDowell SC take to the stage.

Later in the afternoon Suffolk County’s District Attorney Rachael Rollins will offer her perspective on law and politics in today’s USA in a public interview with Dr Bob Mauro of Boston College. This interview will be followed by a panel discussion on US Politics and Election 2020, the panel includes Rachael Rollins, Cal Thomas, Sarah Elliott, Niall O’Dowd, Michael Lonergan and will be chaired by Larry Donnelly.

The Kennedy Summer School will come to a close on Saturday with a special event to mark the rollout of Fáilte Ireland’s Taste the Island initiative with a gala dinner at the John F. Kennedy Arboretum. For further details and tickets for the 2019 events see www.kennedysummerschool.ie or call St. Michael’s Theatre on 051 421255.

The Kennedy Summer School and Festival is run in association with the John F. Kennedy Trust, New Ross and Wexford County Council.