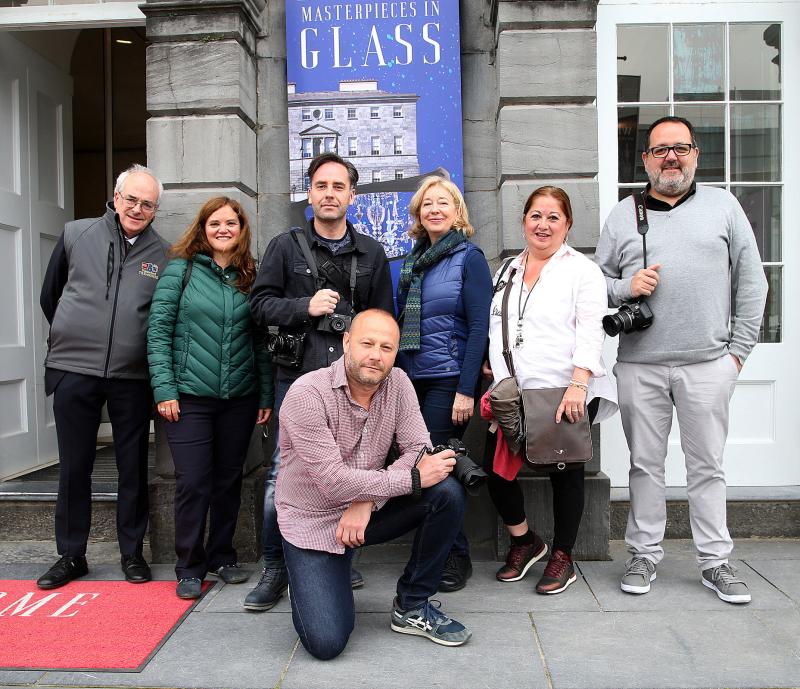 Four Spanish travel journalists explored Waterford and Ireland’s Ancient East, as guests of Tourism Ireland and Fáilte Ireland. They represented various Spanish publications - including a lifestyle magazine, national and regional newspapers, as well as popular websites – with a combined audience of almost 24.5 million readers, or potential Spanish holidaymakers for Waterford and Ireland.

The group’s action-packed itinerary included the Waterford Museum of Treasures, Reginald’s Tower, the House of Waterford Crystal and a walking tour of Waterford city. They also cycled along the Waterford Greenway, on the stretch between Durrow and Dungarvan, explored Dungarvan, and stopped at the Gaeltacht in Ring. They stayed in the Tower Hotel in Waterford and the Tannery in Dungarvan.

“The articles they write when they return home will be read by millions of people, so their visit was a really good opportunity to showcase Waterford to a wide audience of prospective Spanish visitors."

In 2018, Ireland welcomed around 443,000 Spanish arrivals. "Tourism Ireland is undertaking an extensive programme of promotional activity once again in 2019 to continue to grow Spanish visitor numbers, and visits by influential travel writers like these are a key element of that programme," she added.