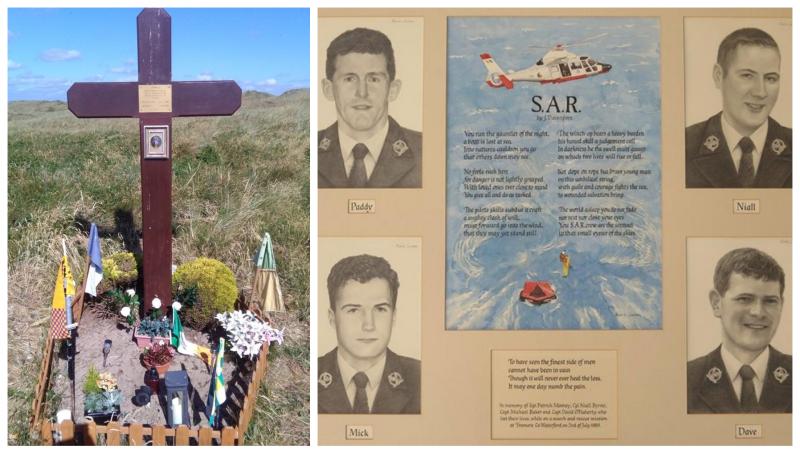 Tributes have been paid today, Tuesday, July 2, 20 years to the date since the deaths of four Irish Air Corps rescuers during a rescue off the coast of Waterford.

On the night, a 5-metre vessel had become lost in bad weather off Dungarvan, Co Waterford. The Irish Coast Guard launched the Helvick Inshore Lifeboat and tasked Rescue 111.

After successfully locating the vessel and guiding it and the lifeboat back to harbour, the crew turned for home. After two unsuccessful approaches to land in the poor weather, the crew opted for an approach from the coast. This was the last time they were heard from.

At approximately 1am on the same morning, the wreckage of the aircraft was located on Tramore beach. There were no survivors.

The Irish Air Corps confirmed that a commemorative ceremony will take place on Tramore Seafront at 3pm on Tuesday to remember the crew of 'Rescue 111,' adding that "they paid the ultimate sacrifice."