Calls for Georgian building in Waterford to be fully restored 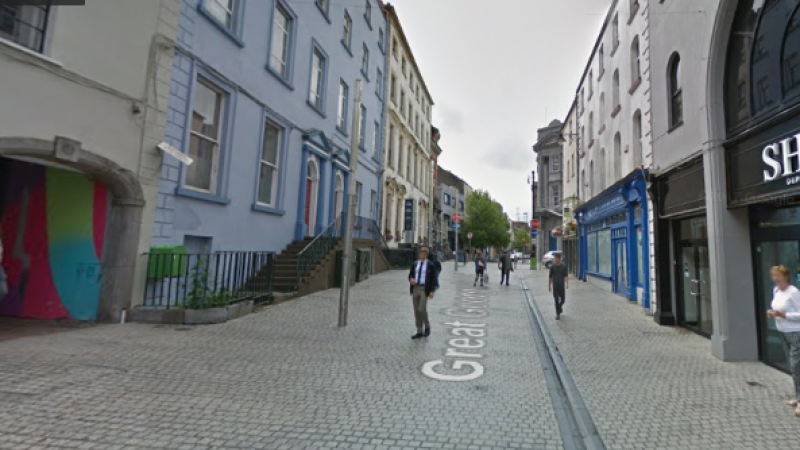 Calls for Georgian building in Waterford to be fully restored

The Waterford Branch of People Before Profit are calling for the full restoration of the former presbytery and listed Georgian building on Georges St. in Waterford City Centre.

People Before Profit local representative, Una Dunphy said: "It’s a disgrace that this important building has been left vacant and idle for close on twenty years.  It's becoming damp, and the ceiling on its upper floor is beginning to collapse, the conservatory and rear are exposed to the elements, as well as giving easy access by vandals and anti-social elements."

No 3 Georges St. was handed over to Waterford City Council after priests from the Cathedral parish vacated the building.

Ms Dunphy said: "The building is of exceptional architectural quality and is a pioneering example of high-class domestic development on a continental European scale."

"The building is a three-bay four storey, over a raised basement from circa 1760.  It's an attractive and substantial composition of balanced Georgian proportions, retaining important salient features and materials throughout and is distinguished by the attractive doorcase."

Ms. Dunphy said: "It's also an important prominent feature of the streetscape contributing to the sophisticated and historic character of Georges St. and Waterford City Centre."

"In any other city in the country, restoring this building would have been deemed important and funding sought from the Heritage Council's restoration fund. The deterioration of its remaining historic fabric is a real concern, if it continues to be left vacant."

"There are many uses to which this historic building could be put as part of the development of a vibrant city centre cultural quarter, e.g. a youth hostel, short term accommodation for people on the housing lists, ground floor cafe etc."

"The walled garden to the rear, once brought back into use, would make a beautiful tea garden/outdoor performance space and open up the medieval 12th-century Watch Tower area."

"An entrance to the Georgian building could also be opened via the Arch abutting the premises, thus highlighting this little-used feature, especially after dark."

Concluding, Una Dunphy said: "PBP would be writing to the CEO as well as the councillors on the matter and will consider organising a public meeting on the issue following consultation with various people and groups interested in the conservation of this historic building."