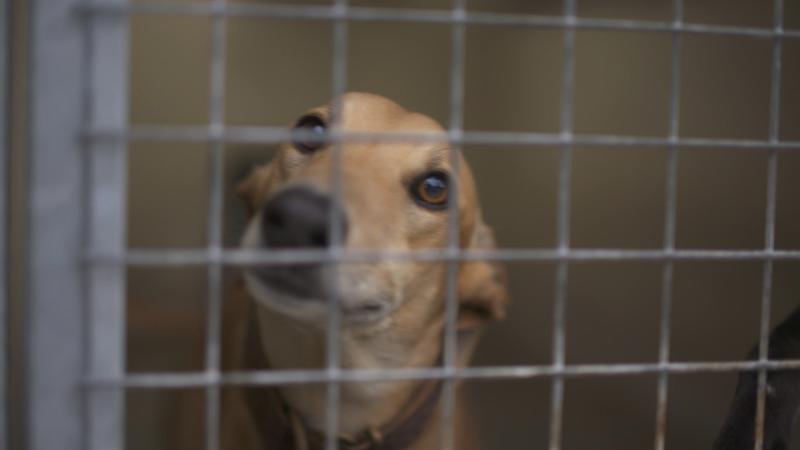 6,000 Greyhound are killed annually for just being too slow, according to RTE Investigates in a programme to be broadcast tonight.

Greyhound racing will get €16.8 million in government funding this year – bringing to almost a quarter of a billion euro the amount it has received from taxpayers since 2001. While most sports in Ireland receive state funding from Sports Ireland which gets about €60 million and that covers 60 sports. Support for Horse and greyhound racing comes from the Department of Agriculture.  Greyhounds, Running for Their Lives will show that 15 Knackeries in Ireland are offering to kill greyhounds for as little as €10. Disturbing undercover filming will show greyhounds being brought to a knackery and unlawfully shot dead.

However too many dogs are being bred, the programme will reveal.

The Irish Greyhound Board paid consultancy firm Preferred Results Ltd €115,000 to prepare a business analysis report in 2017. It stated that 16,000 greyhounds are born each year, of which 5,987 are killed because they fail to make qualification times or their performance declines. It proposed comprehensive reforms which were not adopted by the IGB.

It was only circulated to the Minister for Agriculture last month and last week the Public Accounts Committee was told it was too commercially sensitive to release.

Across the country RTÉ Investigates looked for evidence of what happened the unwanted dogs. 30 licensed knackeries in Ireland were contacted and – half of them, 15, said they would kill greyhounds for prices ranging from €10 to €35 each.

The Department of Agriculture licences and polices knackeries – known officially as Category 2 Intermediate plants. The Department told the programme: "“Dogs, including greyhounds, are classified as a Category 1 animal and cannot enter a Category 2 plant, dead or alive. Euthanasia of greyhounds or other animals … is not approved".

However, one knackery said it shot them in bulk. Subsequently undercover filming by RTÉ Investigates of the premises captured the killing and disposal of four greyhounds within a matter of days.

When the first two greyhounds were dropped off, they were brought inside. One minute later the animals lay dead on the floor. They were collected by a teleporter and dumped in the skip outside.

Uneasy on arrival at the knackery the dog pulled nervously. The man who brought the dog  sat in the car while the animal was taken away. A single shot to the back of the head - the man in the car waited for the return of the collar before he drove off, leaving the dog writhing on the floor for the last seconds of its life.

The programme also contains undercover footage of illegal coursing on Whiddy Island by prominent figures in the sport and reveals new details of the scale of doping of greyhounds.

Finbarr Heslin, veterinary surgeon: "We see dogs who come in and they’ve had so much EPO pumped into them that their blood is like treacle."

RTÉ Investigates used Freedom of Information laws to get an inventory of all items seized by the Department of Agriculture special investigations unit over a three year period. The Unit investigates the use of black market medicines in horses, farm animals and greyhounds. Through court records and industry sources RTÉ were able to establish that 80% of the items came from premises linked to greyhound trainers.

There has only been a single case where a trainer had his licence revoked by the Irish Greyhound Board because of doping issues, that was in 2015.

Although the sport is banned in most countries, Ireland is one of three countries who continue to have live hare coursing with events here still generating a buzz. The Irish Coursing Club say all the regulations are being observed, and on top of that its members spend their time protecting the hare. RTÉ Investigates filmed successful trainers, well known greyhound owners and former Coursing Club officials at unlicensed and unregulated events.

The new Greyhound Racing Act – which passed through the Oireachtas last month has seen debate dominated by the refusal of the Government to ban exports to certain countries. The Dáil has been told there are records on just six greyhounds being exported to China since 2016 but the Irish Coursing Club Stud Book identifies significantly more Irish dogs going to an agent linked to the infamous Canidrome Race track in China which is now shut down.

Irish Greyhound Board welfare logs record investigations into another 20 going to mainland China and Chinese classified adverts identify even more. To produce dogs for an underground racing scene Irish greyhounds in China are often found in breeding laboratories. Meat Markets in China have practices that appear needlessly cruel, even barbaric, in which greyhounds and other dogs ending up being used for cooking are sometimes boiled alive.

Watch RTÉ Investigates : Greyhounds, Running for Their Lives , Wednesday at 9.35.pm on RTÉ One