Must women beat the pulp out of each other for feminism?

REAL FEMINISM IS ABOUT JUSTICE, FAIRNESS AND EQUALITY 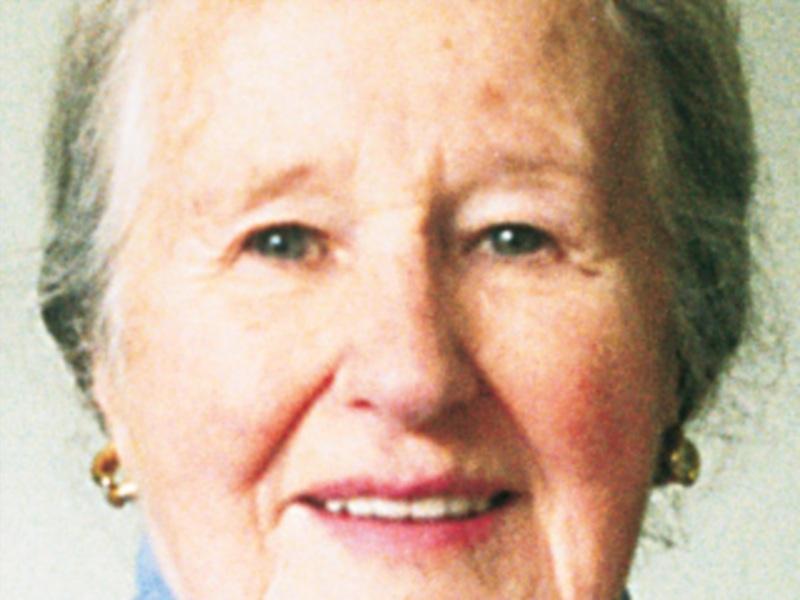 Margaret Rossiter asks: Must women beat the pulp out of each other for feminism?

A LONG TIME AGO, on one early morning when I was walking to work in my first job, I met a very distressed woman in Emmet Street. Her hair was askew, her face swollen, blood oozed from the side of her mouth.

She wore a coat over her nightie and slippers on her stockingless fee. She ran by me until she reached the closed door of the Garda Barracks, on which she knocked frantically. She had been the victim of what we now call domestic violence. She had been assaulted by her husband.

I have never forgotten that swollen face , and I saw elements of it again, though this time through the broad happy smile of Katie Taylor, when she was interviewed on television several days following her world victory in women's professional boxing. The charming soft-spoken Katie was jubilant. This was the happiest occasion of her life, she said. But her puffed face, her blackened eye, her bruised skin, gave some indication of the visible price she had paid for such happiness.

My father was a fan of boxing, an activity which only involved men during his lifetime. He described it as “the noble art of self-defence” and it was very popular in Clonmel, especially when Garda “Boy” Murphy, himself a champion boxer, established a club for boys in the town and with other enthusiasts trained generations of boys, many of whom, were to achieve international distinction in the sport. My father would say that this was very beneficial for boys, it directed their natural aggressions and youthful energies into disciplined, controlled channels.

Boxing was not an activity in which I had the slightest interest and it wasn't until years later, and in young adulthood, that I would have challenged his definition of “noble” and “art.” By then, I had actually seen some boxing matches on television and I didn't like what I saw, but my father was no longer alive to listen to my challenges.

I accept that all robust contact sports carry the risk of accidental and incidental physical injury. But it is accidental and incidental. It is not contrived, nor is it the ultimate aim and the accolade of achievement. In boxing it is. Success lies in locating the greatest number of blows at the most vulnerable parts of the upper body - the neck, face and head. And absolute undisputed victory is the achievement of an knockout, resulting in loss of balance and either semi-consciousness or absolute unconsciousness, for a short or long period of time, specified by the referee. This state evolves from the immediate reaction of the brain to trauma.

The human brain is an extraordinary, sophisticated and complicated structure, which controls and reacts to everything we do - physically and emotionally. The full complexity of its truly awesome structure is not yet fully understood and it continues to be the focus of scientific and medical research at the highest level. It is enclosed in, and protected by, probably, the most robust structure in the human body, the skull.

The one thing we do know about the brain is that it should be treated with care: that it should not be knocked about, or physically attacked from w ithout - such as a penetrating fracture, or from within, such as the force of a blow to the chin or neck. The result can be what we now call “acquired brain injury,” which, depending on the damage, can cause catastrophic changes in a life or long-term debilitation and deterioration.

It is interesting that in our own spectacularly skilled game of hurling, helmets are now worn on the head. This has been a direct result of recommendations made by Irish neurosurgeons in having to deal with accidental skull fracture; injuries which were not uncommon at a time in hurling when such protection was neither available nor fashionable.

In the context of the effects of long-term brain injuries, it is interesting to read Michael Ahern’s portrait of Johnny Healy (1915-1993) in his book Threads in a Clonmel Tapestry. Healy was an early member of ‘Boy’ Murphy’s team, and as a flyweight achieved national and international distinction. He would certainly have represented Ireland in the Olympics if World War II had not intervened. However, towards the end of his career (according to the portrait), he became  very disillusioned with the sport, which he described as a “mug’s” game.

I quote: “he recalled a dozen men he once knew, some of whom he boxed against, former athletes, who were in his words now ‘broke down sorry  men, punch druck and ill, battered and beaten’.”

And he spoke about a time when boxing as a bantamweight in Paris in 1935, he had spent the night after a fight in his hotel room “vomiting blood.”

But all of that being said, men have, historically, always enjoyed physical personal contest: beating each other up in friendly rivalry; deciding who was the greatest. Though blood flowed, and noses were broken, and sometimes brains damaged, they have given it a code of rules and called it boxing. It has been a great source of pleasure and fun for them. And more power to them!

While, however, looking at the newspaper pictures of Katie Taylor, surrounded by groups of smiling very young girls (“Katie is our hero!”), I wondered if boxing as a women's sport, has not evolved from some mistaken interpretation of feminism. It seems to me that real feminism (and this columnist has always been a feminist!) is about justice, and fairness and equality. But it is not the sort of facile equality and infantile combativeness that maintains that anything men can do, women can do better, and better still.

So if the boys like to bash each other up, just for the fun, does it mean that women, too, should beat the pulp out of each other just to keep up with them?