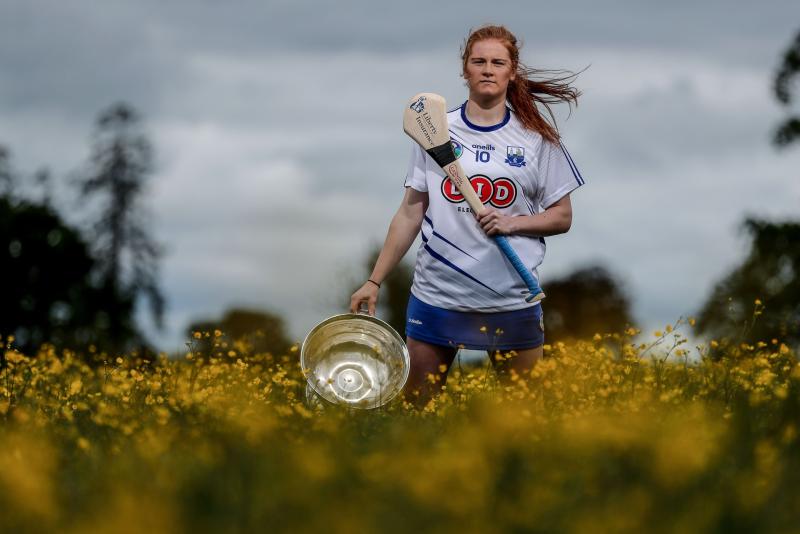 The Déise’s clash with Dublin at Walsh Park tomorrow (4pm) is this week’s feature and Carton welcomes the increased exposure that she hopes will lead to a greater interest in the sport.

“The more people that can see it the better it is going to get and then people might want to go and actually see it,” says Carton.

“I have a brother away as well. It is brilliant for everyone. Even if my nan at home can’t travel. Everyone can see it, even the lads in the club. The more people see it the more they might want to go. The more it is promoted the better it is in my eyes.

“The support at home last year when we made the Quarter-Final was phenomenal. They are a great bunch. It is not even the club. It is the general public as well. People that are going to the hurling games might start going especially with our home games in Walsh Park now.”

Two years ago, Liberty Insurance sponsored the inaugural All-Stars Tour to Madrid and they announced that New York would be the venue for the second trip in November.

Having earned her first All-Stars award at the end of a brilliant 2018, Carton qualifies to board the plane and the De La Salle sharpshooter lauds the provision of such a reward.

“I know everyone says it but I look on the All-Stars as a team thing really. But to have the opportunity to see places like New York and be promoting the game over there, providing girls with that chance is serious. I think it’s safe to say I would make myself available” she jokes.

Waterford go into the game against a Dublin side who got off the mark with victory over Meath last weekend, while their own match against Tipperary was abandoned late on due to the lengthy treatment received by injured Tipp player Nicole Walsh.

The Suirsiders led by four points at the time, with Carton leading a stellar performance by Dónal O’Rourke’s crew.

After reaching the last six in 2018, Carton knows that replicating that feat must be the minimum target. But she also knows that the competitiveness of the Championship makes that difficult.

“It is hard for every team coming up. We have seen it in the first few years we were up. It was very hard last year. We made a small bit of a breakthrough. We know ourselves this year it is going to be as hard.

“We are just taking each game as they come. The main aim would be to get back there first but it is a serious step up. It has taken a few years for all of us to adjust to it. (We are) hoping now to keep building every year and the younger players that are coming up are coming straight into it. Hopefully that will help us.”