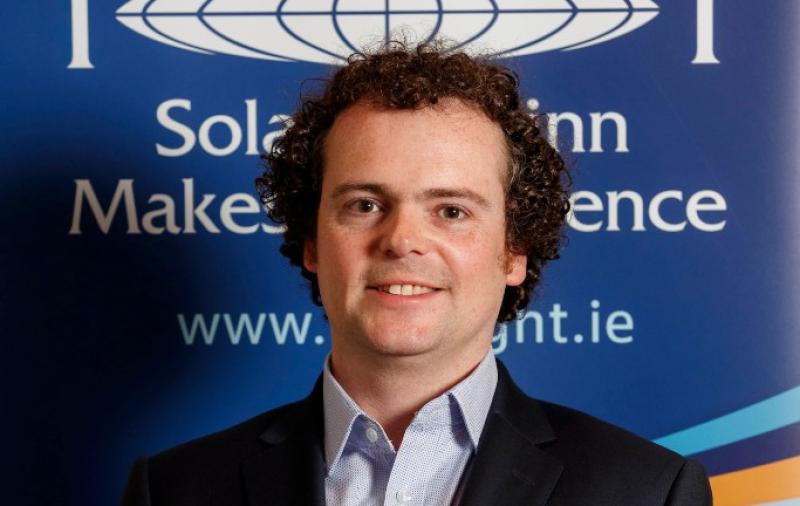 John Sheppard, a Waterford Institute of Technology (WIT) academic from Waterford, has been awarded the inaugural Fulbright TechImpact Cybersecurity Award at Georgetown University in Washington DC.

The Secretary-General of the Department of Foreign Affairs and Trade, Niall Burgess and Chargé d’affaires of the U.S. Embassy in Ireland, Mr Reece Smyth, announced the 36 Fulbright Irish Awardees for 2019-2020 at a ceremony in Dublin Castle.

Mr Sheppard will go to the U.S. to conduct research into wearable technologies and associated ethical implications and will work with the Massive Data Institute at the McCourt School of Public Policy to study the Application of Cybersecurity Ethics Frameworks in Emerging Technologies.

John Sheppard is a lecturer in the Department of Computing and Mathematics at WIT and is the course leader of the BSc (Hons) in Computer Forensics and Security, Ireland’s first and oldest undergraduate degree in the discipline.

Speaking at the awards ceremony, Mr Sheppard said, "I am delighted to have been awarded a Fulbright TechImpact Scholarship and I look forward to the opportunity of visiting and working with Georgetown University."

The study will investigate how data is managed and handled on wearable technologies. It will look at aspects such as the levels of encryption and surveillance of data residing both on the device and in communications with other devices. The project will also examine the accuracy and the integrity of data on the device, the ownership of this data and the levels of access that third parties are given to such data.

While in Washington DC, Mr Sheppard will be based at the McCourt School of Public Policy (MSPP) which focuses on teaching and research in the design, analysis, and implementation of smart policies in the public, private, and nonprofit sectors, in the U.S. and around the world.

McCourt’s Massive Data Institute (MDI) focuses on the secure and responsible use of data to answer public policy questions. It develops and supports efforts around the ethical use of data, including highlighting best practices for sharing data, managing concerns around privacy and discrimination, and making sure the of benefits of big data research for the most marginalized or vulnerable populations.

He will join this year's other Fulbright awardees who will spend time at universities across the United States such as Columbia, Stanford, Berkeley and MIT studying a range of areas from Music to Agricultural Science and from Medicine to Irish Literature.

Dr Mark White, Vice President for Research Innovation & Graduate Studies at WIT said “The Institute is delighted that John is one of the 37 people to receive a Fulbright award under the 2019-2020 programme.  WIT would like to thank the Fulbright Commission for its continued support and we wish John the very best of luck with his research in the US.”

Dr Sarah Ingle, Chair of the Board of the Fulbright Commission in Ireland said: “The excellence and expertise of Fulbright scholars, students and foreign language teaching assistants continues to develop after more than 60 years of the Irish programme."

"The new awardees are being provided with a great opportunity, but they also have a responsibility to continue Senator Fulbright’s vision of creating mechanisms for mutual understanding, collaboration and sharing of ideas. The Commission Board congratulates the awardees travelling to the U.S. in the coming year and wishes them a very enjoyable and successful Fulbright experience.”

Dr Dara FitzGerald, Executive Director of the Fulbright Commission in Ireland said: “This year we have seen a surge in applications and awards across all of our Fulbright award programmes, and we hope to see that trend continue to grow. Cultural and academic exchange between the U.S. and Ireland is alive and well. We believe that the Commission has a unique role to play in the Governments 2019-2025 US strategy."

The next round of applications for Fulbright Irish Awards will open on 28 August 2019, interested candidates should visit www.fulbright.ie for more information.