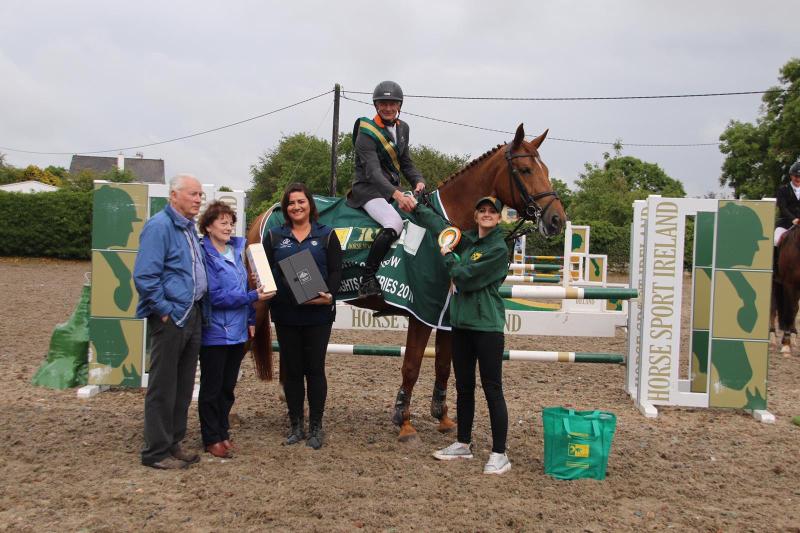 Waterford’s Francis Connors and the Hugh Fitzpatrick-owned Erne Ladygoldilocks won Sunday's fourth round of the TRM/Horse Sport Ireland New Heights Champions Series at Galway County Show, where they produced the only double clear round of the competition.

Runner-up spot also went to a County Waterford rider, with Tholm Keane and BHM Big Time picking up just a time fault in the first round before jumping clear second time out.

Thomas O’Brien finished third aboard Scarlet Quality with one fence down in the jump-off, just ahead of Kelda Morgan in fourth with Orbiting. Raphael Lee finished fifth with Captain Marco, while Paul Beecher completed the top six with Ikona V’T Recht Eind.

The fifth round of the TRM/Horse Sport Ireland New Heights Champions Series will take place at Omagh Show on July 6.