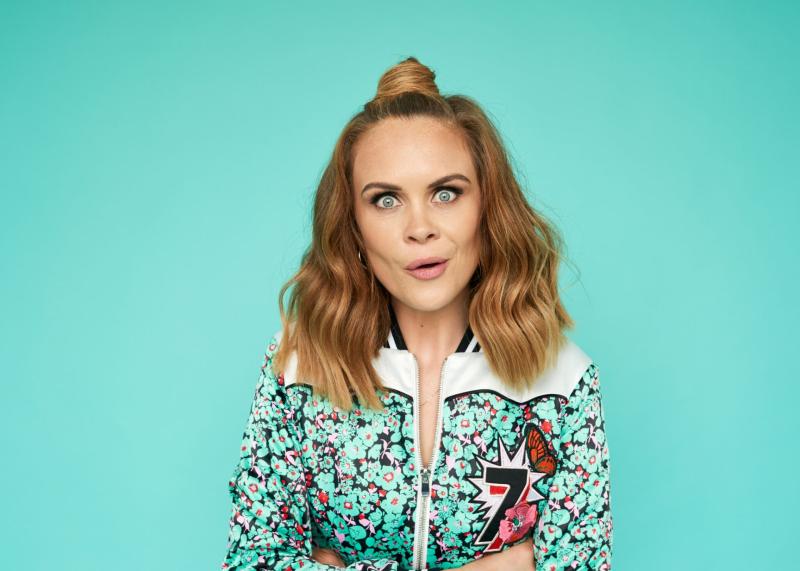 As part of its offering for Waterford’s ever-growing Summer in the City festival, Central Arts is inviting you to have a midweek laugh as it presents a double-bill of two of the country’s top stand-up comedians each Wednesday in July!

Some of Ireland’s hottest – and funniest – comedy acts perform brand-new new, one-hour, work-in-progress shows, and you can check them out, for the bargain price of €10, before they head to the Edinburgh Fringe Festival.

On July 3, the first events see Julie Jay and Shane Clifford take to the stage. Best known for his viral hit videos posted on ‘Shane’s Brilliant Page’, Shane Clifford has fast become one of the most original and exciting new acts in Irish comedy, having been hailed by BlindBoy of the Rubberbandits as ‘the best comedian in Ireland, hands down’.

Julie Jay is a comic who has taken the comedy world by storm in recent months and already has many impressive accolades under her belt, including winning the Forbidden Fruit Comedy Search in 2017.

Two heavyweights on the Irish comedy scene, Gearoid Farrelly and Eleanor Tiernan are your double-bill on July 10. Gearóid is a regular at Irish festivals and a regular touring support to some of comedy’s top names including the late Joan Rivers, Sarah Millican, PJ Gallagher, Neil Delamere and Tommy Tiernan. His stand-up appearances for television include Stand & Deliver, Tonight with Craig Doyle and as a guest of Ardal O’Hanlon for Dave’s One Night Stand. He appears every week on ‘Sunday Best’ on Today FM.

Eleanor Tiernan is one of Ireland’s top comedians,  best known for her live stand up performances and her work in TV. She was featured on Stewart Lee’s Alternative Comedy Experience on Comedy Central and has played Latitude, Glastonbury, Montreal Just For Laughs and all of the top Irish comedy festivals.

Two more top names - Fred Cooke and Hannah Mamalis – will treat us to some laughs on July 17. A recent contestant and audience favourite on ‘Dancing with the Stars’, Fred Cooke delivers a unique brand of comedy through music and wildly crafted physical storytelling. He is a regular on the highly successful RTÉ Show, The Fear and Republic of Telly.

Hannah Mamalis is ‘one to watch’ – among our hottest up-and-coming comedians. Her screen credits include Republic of Telly and Des Bishop’s ‘This is Ireland’. Hannah regularly writes and performs her own material and contributes to Dublin based sketch groups Dreamgun and Chap’s Eye. She has performed at Body and Soul, the Vodafone Comedy Festival, the Galway Comedy Carnival and Cat Laughs.

Rounding off this awesome comedy season on July 24 are Joanne McNally and Aidan Greene.

Joanne McNally – considered by many to be Ireland’s fastest rising comedy star – recently sold out Dublin’s Vicar Street and wrote, directed and performed her show ‘Baby Hater’ for TV3. With multiple Edinburgh Fringe award nominations under her belt, she has gone on to perform alongside some of the biggest comedians in the business including Kevin Bridges, Dara O Brien, Stewart Francis, Rich Hall & Jason Byrne.

Sharing the stage on July 24 is Cavan man Aidan Greene is undoubtedly Ireland’s foremost stammering comedian. Since starting comedy in 2010 he’s become a regular in comedy clubs across Ireland. Along with this, he has played at major festivals including the Vodafone Comedy Festival, Longitude, Indiependance and the Edinburgh Fringe.

These events are BYOB; patrons may bring their own beverage. Tickets priced at just €10 are available from www.centralarts.ie (booking fee applies online).