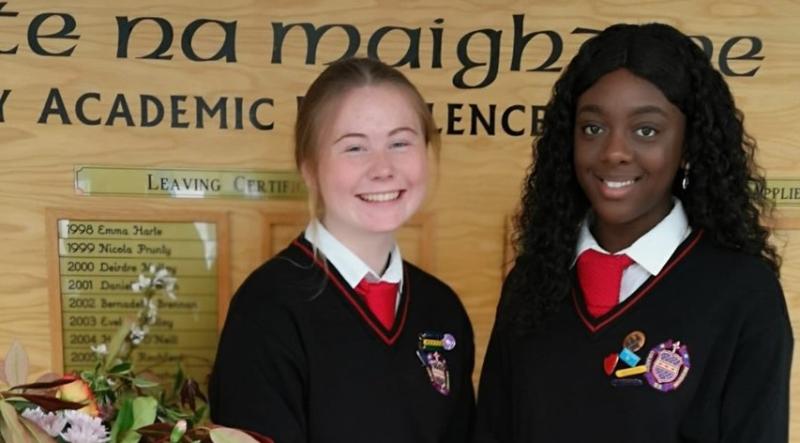 The sound of beautiful hymns and musical instruments echoed throughout St. Paul’s Church as the Presentation Secondary School, Waterford, community came together for the end of year mass.

Organised by the religion and music departments in the school, this lovely occasion was celebrated by Fr. Seán de Leis. It was greatly enhanced by the students’ contribution to the music, prayers, readings, reflections and offertory procession.

Head girl Joanna Meaney addressed the entire school for the final time, imparting appropriate words of wisdom to each year group. Her fellow sixth years looked on with tears in their eyes as they realised that their time in the Pres was coming to an end.

At the end of the mass, the outgoing sixth year prefects passed nightlights on to the fifth year prefects, symbolising the passing on of the light in the tradition of the school’s foundress Nano Nagle, the Lady of the Lantern, who walked the dark streets of Cork carrying a lantern to light her way as she visited the poor, sick and elderly after her day’s teaching back in 1754. These girls, who have come through a rigorous selection process, will be ambassadors for the school and will represent the school at public events in the year to come.

As the prefects faced the congregation with their lights, everyone was delighted as Ms. Gallen made the announcement that the new head girl would be Quetsia Pamelo, joined by the new deputy head girl Grace Malone.

The annual Pres Primary sixth class versus Pres Secondary first year basketball game was a great showcase in the school gym. Congratulations to Giuditti Miccoli who was chosen as captain of the second year basketball team for next season.

Awards ceremonies for first, second, third and fifth classes also took place in the school, with students honored for both their academic and sporting prowess. 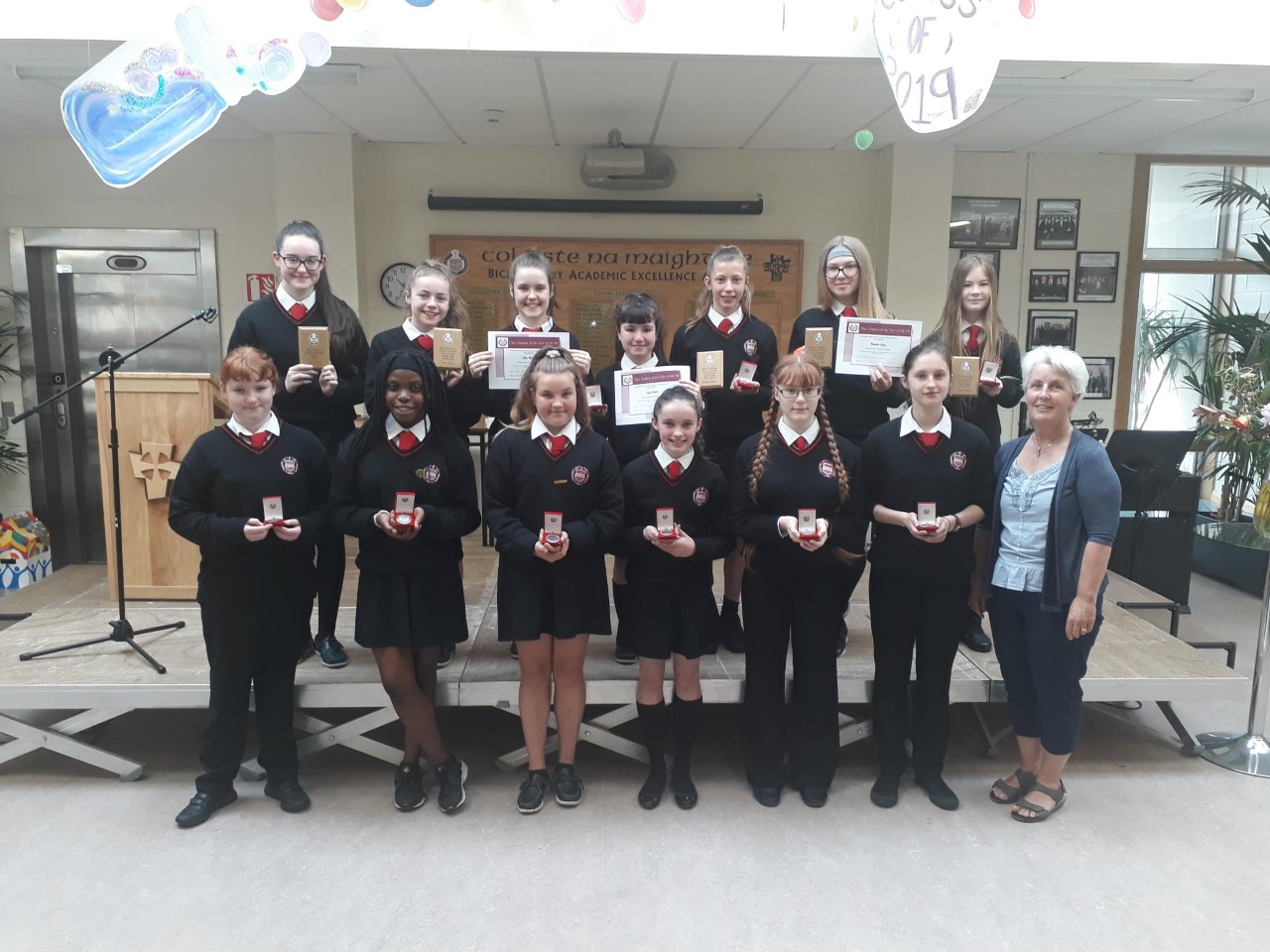 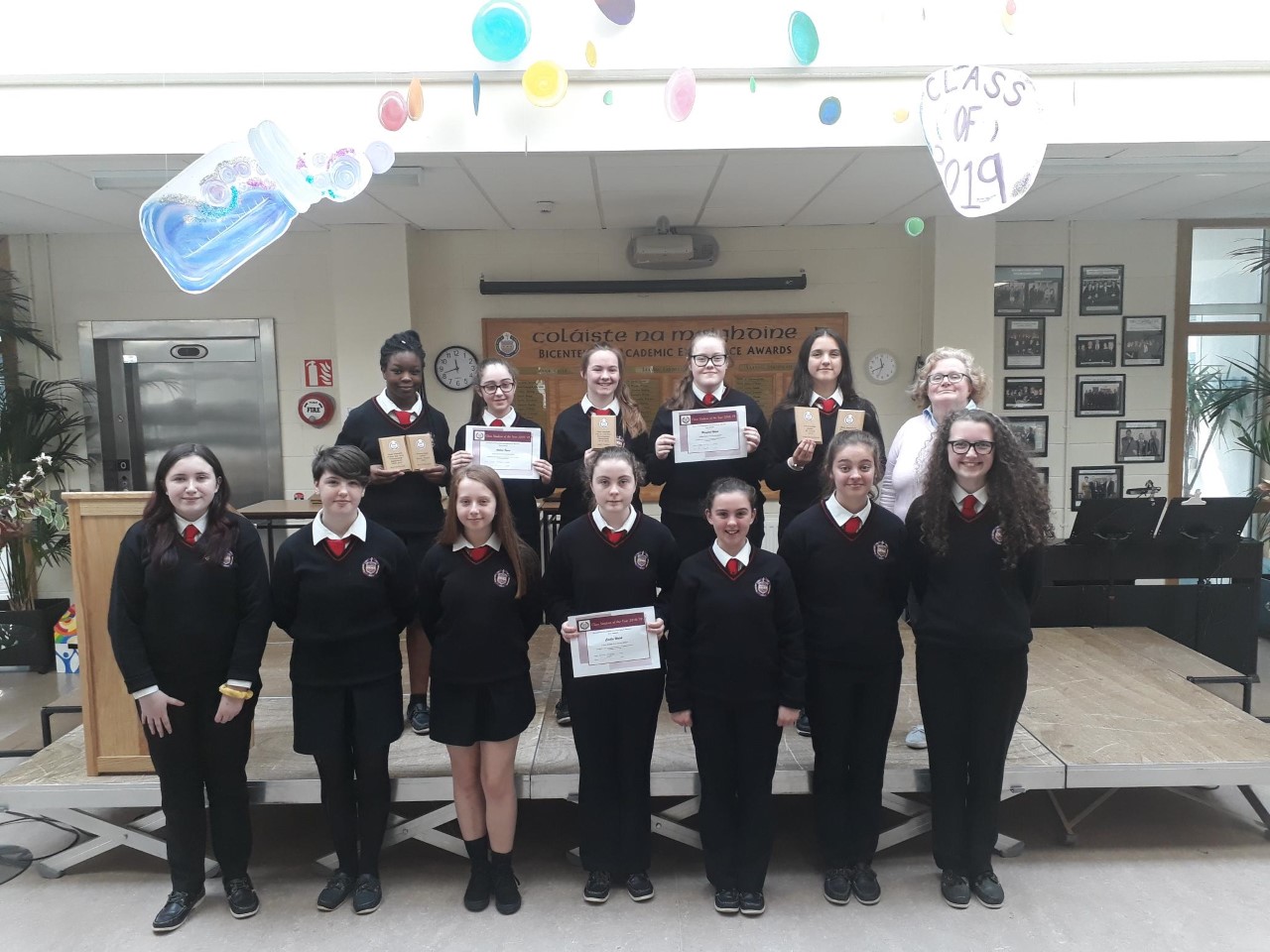