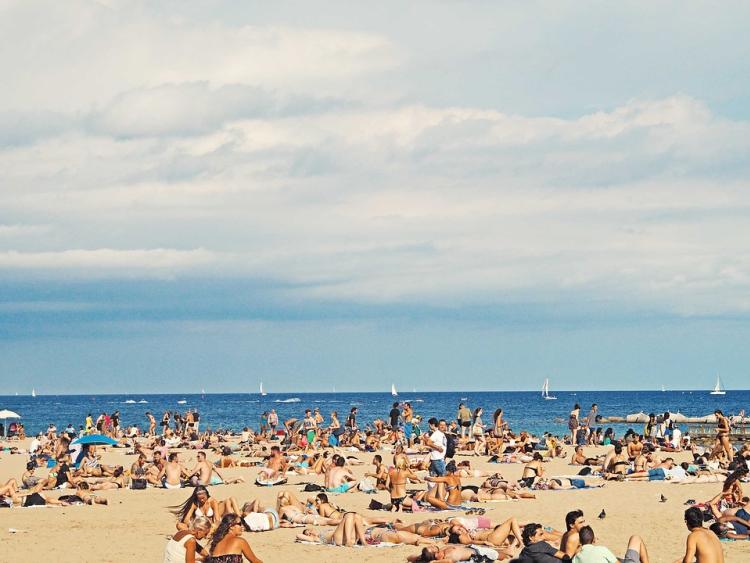 The plan is aimed at tackling the most common type of cancer in Ireland. Over 11,000 cases of skin cancer are diagnosed each year and the number of cases is projected to double by 2045.

The plan focuses on the fact that most skin cancers could be prevented. It addresses awareness of skin cancer prevention and has identified the priority groups as children, outdoor workers, those who participate in outdoor leisure activities and sunbed users.

Speaking as the launched the policy, Minister Harris said: “Skin cancer is something that we don’t always think of when we hear that someone has been diagnosed with cancer, but in fact it is the most common type of cancer in Ireland today with over 11,000 cases diagnosed each year.

“With half of all Irish adults getting sunburned last year, we need a radical rethink on how we think about the sun and tanning. What people really need to know is that most skin cancers could be prevented and the behaviours that we can adopt to protect our skin and our children’s skin.”

The plan was developed by the Department of Health in conjunction with the National Cancer Control Programme (NCCP) and key stakeholders including other government departments and national organisations representing priority groups such as the Irish Cancer Society, Marie Keating Foundation, Irish Skin Foundation and Breakthrough Cancer Research.

Minister Harris added: “Prevention is a cornerstone of our National Cancer Strategy as it offers the most cost effective, long-term approach for cancer control.

“The partnership approach of Healthy Ireland bringing all the key players together was critical to developing this plan for skin cancer and will be key to rolling out the plan to reverse the rising incidence of skin cancer and ultimately saving lives.”

Research conducted for the plan showed that often people think it is a hot sun that causes skin cancer, but in fact ultraviolet radiation UV is the main risk factor responsible for skin cancers. UV is emitted naturally from the sun even in cloudy conditions and also comes from artificial sources such as sunbeds. By adopting skin protective habits, the majority of skin cancers caused by harmful UV exposure could be prevented.

Speaking at the launch, Minister Byrne said: “Most people living in Ireland have fair skin, the type that burns easily and tans poorly, so we are at high risk of UV damage. We need to change our habits and our culture of trying to get a tan and we need to get into the habit or protecting our skin every day, whatever the weather.

“If we’re out in the sun between the hours of 11am and 3pm, we need to wear a high factor sun protection, at least 30 for adults and 50 for children, cover up with long sleeved clothes, wear sun hats and sunglasses or stay out of the sun.”