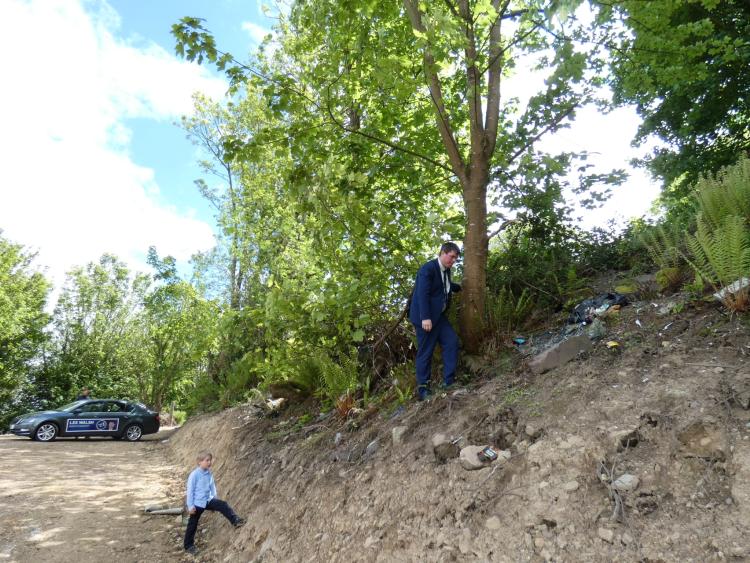 Lee Walsh, Independent Candidate for Waterford City East in Friday's Local Elections, has written to the city manager Michael Walsh in relation to what he calls "a grave environmental matter in Waterford City."

"An area of special conservation has been destroyed and turned into a dumping ground with many trees being cleared from the riverbank," Lee said.

"This salt marsh is a natural habitat for wildlife and is a protected SAC area under EU law and the council has apparently developed the area without any planning permission," the election hopeful claimed.

Lee visited the area with his son Sean last week where he saw the damage that has been done with his own eyes.

Lee is very concerned that the council would apparently "flout laws that protect these listed areas" and says that "we must respect nature and preserve our planet for our children."