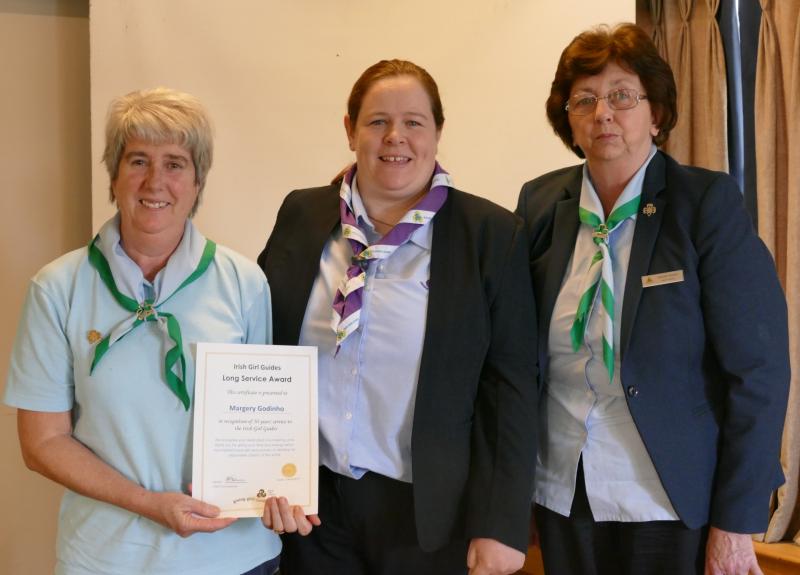 A Waterford Girl Guide leader has received a 50-year service award in recognition of the five decades of service she has given to the Irish Girl Guides (IGG).

Margery Godinho is an Outdoor Advisor for the South East Region and a Trainer, enabling IGG Leaders to gain the necessary qualifications to take Guides on overnight trips, both indoors and under canvas. She was presented with her 50-year service pin at IGG’s National Council, which was held in The Plaza Hotel, Tallaght, recently.

Over the past five decades, Margery has volunteered as a leader with Brownies (IGG members aged 7-10), Guides (aged 10-14) and Senior Branchers (aged 14-30). She started as a leader with Harcourt Brownies in Dublin in 1969. She then acted as Lieutenant of Tallaght Guide Company in 1970 and subsequently became Captain of the unit in 1972.