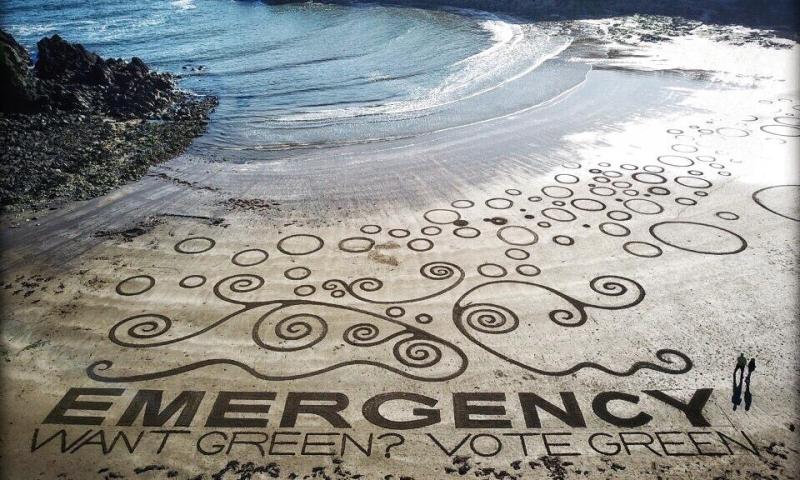 Green Party MEP candidate, Senator Grace O’Sullivan, along with Waterford Green party members, is calling on the Waterford City and County Council to declare a climate and biodiversity emergency locally.

Speaking after a national emergency was declared in the Dáil last week, Senator O’Sullivan said that action must happen at every level.

“It’s a sad day when a national emergency has to be declared, but it reflects the reality of the state we are in. Action must now be taken at every level of government; local, national and European. Declaring an emergency is step one. Now we need to follow on from that and act accordingly."

“At a local level Waterford City & County Council should now declare an emergency, put their Climate Action Plan in place, and let the people of Waterford know that they are taking it seriously."

As well as having the sole Waterford candidate in the European elections, the Green Party are running four candidates in the local elections this May.

Chairperson of the party in Waterford, Marc Ó Cathasaigh, who is running in Tramore and Waterford City West, has commissioned Seán Corcoran of the Art Hand to create a massive piece of sand art to put their message across.

Mr. Ó Cathasaigh said the sand art piece is a message from Waterford Greens to the county and beyond.

“Ireland is only the second country in the world to declare a Climate Emergency. But talk is cheap - to be more than lip service, this declaration needs to be followed with real and concrete action. I have already called on Waterford Council to form a Climate Action Committee - a similar measure by Tipperary County Council has seen them rise to the top of the SEAI’s ranking of Local Area Authorities, while we languish in 26th."

"We are supporting Senator O’Sullivan’s call for action and we are united in our efforts to try to get these issues taken seriously. This is about our childrens’ futures, and the people of Waterford deserve to have the issues we address treated seriously."

“It’s not enough to have a national declaration. Of course, we need action nationally, but let’s bring that down to the local level too. Last week Wicklow County Council became the first local authority to declare a biodiversity and climate-change emergency. It’s time for Waterford Council to follow suit now and to show leadership locally.”