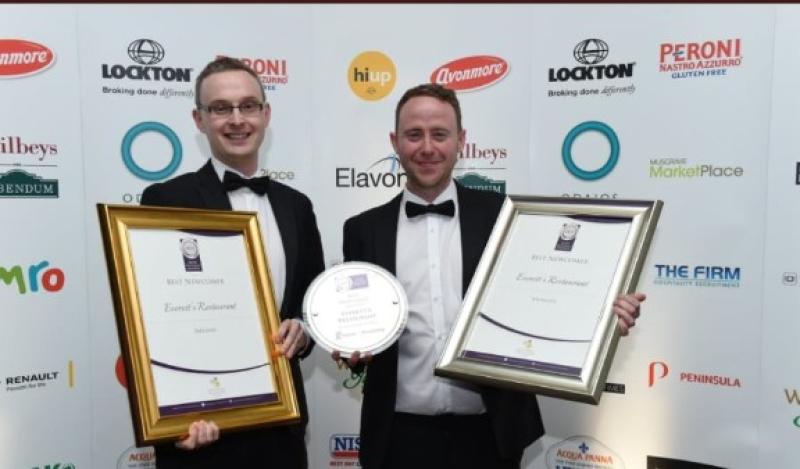 Over 1,100 guests sat down to a black-tie gala dinner to celebrate and honour the hard work and achievements of those working in the Irish restaurant industry over the last 12 months. Attendees were treated to a black-tie gala dinner prepared by previous winners of the Irish Restaurant Awards. The Chef Team is handpicked by the Irish Restaurant Awards, with chefs representing each region of Ireland.

Speaking at the awards, Chief Executive of the Restaurants Association of Ireland Adrian Cummins commented, “This is the 11th year of the Irish Restaurant Awards, and it has been the biggest year for the awards to date. Over 90,000 nominations were received from the public in January, and over 2,000 restaurateurs attended the Regional Awards, which were held in Kildare, Monaghan, Limerick and Sligo. The standard for judging this year has been very high."

"Ireland may be a small country, but it boasts everything from fine dining to high-quality gastropubs, from the comfort of traditional Irish food to exploring the world through exotic world cuisine, the Irish restaurant industry has much to offer. We have an appreciation for what we eat and where our food comes from, as well as the dedication of those working in the food industry."