OPINION: Why blame the nuns and not ask where all the fathers were? 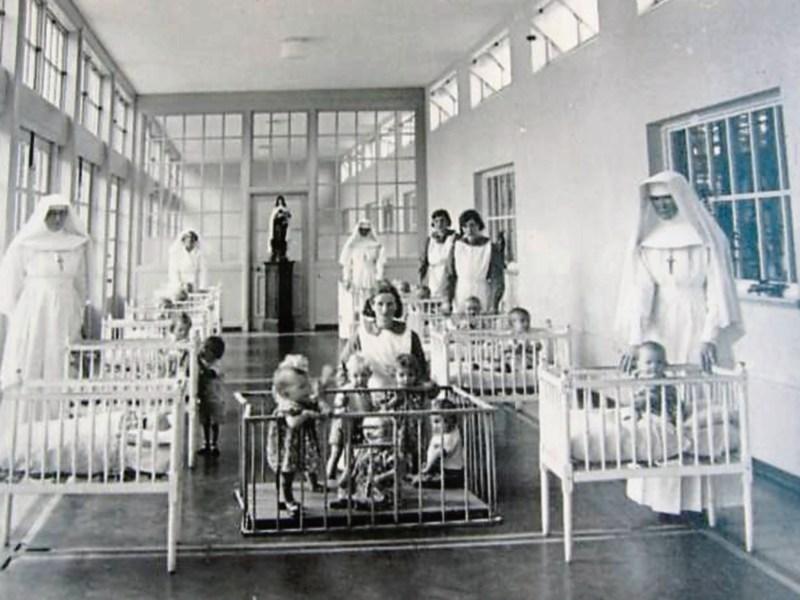 The release of the most recent module in Judge Yvonne Murphy's investigation of the Mother and Baby homes evoked the now familiar bout of nun-bashing in the Dáil, in the media and on RTÉ.

Human memory is both short and often selective. In the reaction to the report, it seemed to me, there was little effort made to locate the contents in the mores, the circumstances, historically and sociologically, of the times in which these homes  operated. It is far more comfortable to find somebody to blame, a whipping-boy (or girl). This time ‘the nuns’.

In Dáil and media comments, which were often near hysterical, the Minister for Children could be excused. She is an American academic and can know little of the status of the young women, the girls ‘in trouble’ in the Ireland of the last century. ‘In trouble’ was the euphemism for becoming pregnant outside of what was called ‘the bonds of marriage’. And contracting consumption (TB) with the prospect of almost certain death, was, in the Ireland of which Sean O'Casey wrote, preferable to being ‘in trouble’.

The minister may not have known that Ireland but I would have expected some of the Dáil members, especially the women TDs, to, at least, have some  race memories. It was the Ireland in which I grew up, and as I have written before in this column, a young woman could cheat, steal, perhaps murder, and yet be forgiven by her community and especially by her family, but, she had to be isolated, banished, disowned, if she became pregnant when she shouldn't have.

So, abandoned by the father of her baby (Ireland had an unusually large number of fatherless babies) disgracing her family, the object of gossip by her community, and almost certainly the loss of her job, what was a young woman in trouble to do?

There was an option, again the euphemism, of ‘going to England’ or ‘going to a new job in Dublin, or Cork, or Galway’.

Still desperately trying to disguise her swelling stomach, she left, often never to return again for many years to her home and community. And if she did return, she was never accompanied by a baby.

These are the actual memories which I still carry of young girls that I personally knew in the Ireland in which I grew up. And while I write specifically of that Ireland, the adverse discriminatory treatment of young unmarried pregnant women was not exclusive to Ireland, but was endemic in Europe. Evidence of this discrimination is still visible today in the survival of some of the most attractive buildings  in European cities, the Founding Hospitals.

And while the identification of the origins of this discrimination may be the function of historical and sociological studies, it seems to me that it may not be entirely disconnected from the legal contract of marriage and the rights of inheritance and property. The family had to be legally protected from the possible demands of the ‘by-child’.

But all of those legalities were far from the minds of the girl in trouble. She had to find a refuge, and since babies have a limited time in gestation, that refuge had to be accessible. In  19th century Ireland that refuge was often the work house for some women, but being born in the work house was almost as desperate as dying there. And it was to meet the urgency of this need that the Mother and Baby Homes were first established.

They were established by some of the women's religious orders - ‘the nuns’, often under much pressure from society. These orders met many of the functions and services which should have been provided by government: in health, in  hospitals, in nursing, in education, in the social services. They did so with  very limited funding, depending largely on charitable donations and on their own unsalaried labour and expertise.

From the perspective of smart modern women, these homes now present as reprehensible places of involuntary detainment. That, it seems to me, is neither true nor  just. They gave to the young girl in trouble a place where she was given that which she craved most - confidentiality and anonymity. She had safe delivery from qualified midwives, and her baby was cared for. The fact that she could not, in too many instances, take that baby home, was a tragedy, heartbreaking particularly asa she aged.

And it is the aftermath of that heartbreak, and the stories which it has evoked, that have initiated the current inquiries. What happened to the babies?

During the early decades of the last century, there was a high death rate amongst infants, especially from measles, mumps, whooping cough and pneumonia, the incidence of which must have been even greater in the circumstances of a crowded institution.

Legislation for the legal regulation of adoption was not enacted in Ireland until the last quarter of the century and so babies, which could not be taken home by their mothers, were officially adopted often by very loving adoptive parents in the US.

It could be seen as a pragmatic solution to an urgent problem, but it did not acknowledge the overwhelming human quest for: What happened to my baby? Where did I come from? Who were my real parents?

Hindsight, they say, has twenty-twenty vision. Retrospective thinking is a luxury we can now indulge in.

So, why now scapegoat the nuns for dealing with an urgent problem in the way they perceived as best in the circumstances of a time when to be a young girl ‘in trouble’ was the most devastating thing that could happen to her? And in the current governmental inquiries into the operation of the mother and baby homes, would it be considered too politically incorrect to ask about the fatherhood of the babies buried in unmarked graves in the precincts of these institutions? Or is that a question which cannot be asked? It is much easier to just persist in blaming the nuns.