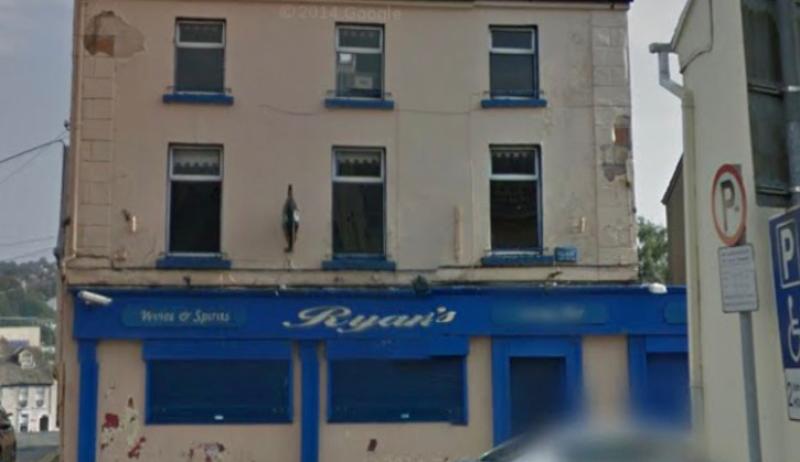 Waterford City South councillor John Cummins has welcomed the news that the vacant and derelict former Ryans pub on Barrack Street is to be brought back into productive use via the repair and lease initiative.

Cllr. Cummins, who has been working with the new owners on their proposals for the prominent site on the corner of Barrack Street and Convent Hill, has said he expects a planning application to be submitted in the coming weeks.

“This is an exciting development that will clean up this prominent site which has been in a poor state of repair for far too long. The provision of one-bed properties is a high priority for Waterford City and County Council as there is a large waiting list for such homes."

"I can’t think of a better location, it is very close to all the amenities and is a short stroll to the city centre.”

The Repair & Lease Scheme allows the owners of properties that have been vacant for a period in excess of 12 months to enter into an agreement with the Council whereby the necessary repairs up to the value of €40,000 per unit is carried out and paid for up front by the Council via the Department of Housing and this is repaid by the owners as an offset against the rental income over the period of the lease, usually between 10-20 years.

Cllr. Cummins added: “I have been assisting many owners of such properties in recent years to avail of this excellent initiative. It ticks so many boxes; not only does it remove vacant properties from dereliction; it provides much-needed homes for individuals and families."

"To date, I have been involved in the delivery of nearly thirty such apartments/houses across the city, some of which are at various stages of the process and we are actively looking for more so I would encourage anyone that is the owner of such a vacant property to make contact.”

New legislation was recently introduced which allows the owners of certain classes of commercial properties to change their use to residential without the need for planning so long as the alterations are all internal.

Cllr. Cummins said: “While the new legislation is excellent as it will cut the time and cost of bringing former derelict commercial properties into productive use for housing."

"Unfortunately, former public houses were not included. I believe this was an omission on lawmakers' behalf, I don’t think there was any intention of excluding former public houses, it is purely because they don’t come under any class category. This is something that needs to be amended and I am in contact with Minister Eoghan Murphy and his department in relation to it."

In conclusion Cllr. Cummins said: “Having walked the inside of the property it is sad to see a place which I am sure many people have fond memories of in such a poor state of repair but I know Walsh and Sheehan will ensure the property is redeveloped and put to a productive use as housing for a new generation of people just like they have done on other schemes
such as that at Leamy Street."