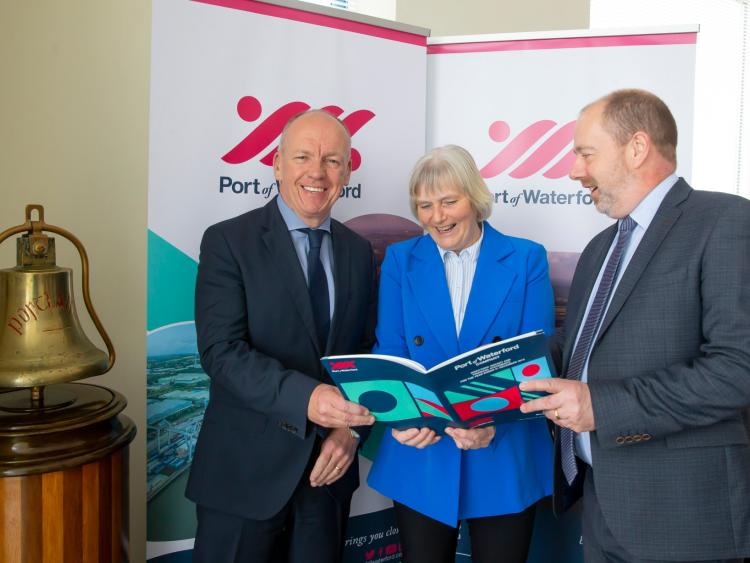 The Port of Waterford has announced details of its financial results and operating performance for 2018.

Bulk throughput at the port in Belview, Co Kilkenny over the year amounted to 1.7m tonnes, a 28% increase on 2017 which had itself seen a 27% increase over 2016. Containers handled grew by 3% while there was strong breakbulk activity including, for example, shipments of steel and timber. This traffic reflects increased economic activity, including in the construction sector.

Commenting on the figures, Frank Ronan, Chief Executive, Port of Waterford, said: “2018 was another excellent trading year for the port. Buoyancy in the agri-foods sector continued to drive strong demand for fertiliser and feedstuffs. There was also a spike in demand for imported animal feed in 2018 because of the poor weather in the first half of last year. However, we anticipate this sector will continue to perform strongly, supported by significant new private sector investment in storage facilities in the Belview Industrial Zone."

“Looking at the bigger picture, we are currently drafting a masterplan that will be the first ever to take a 25-year view of where the port needs to go to fulfil its potential as a huge enabler of regional and national economic growth. That will be out for public consultation in early summer and the final plan will map out our development to the mid-2040s.”

Des Whelan, Chairman, Port of Waterford, added: “As the economy continues to perform well, activity at the port naturally reflects that as we are one of the main routes for goods entering and leaving the country. However, the 2018 performance also owes a lot to the strong team Frank leads as CEO. As a board, we were pleased to approve the payment of a dividend to the Department as our shareholder on behalf of Government."

“It’s also very encouraging that the first quarter of 2019 has continued the positive trend and was ahead of the first three months of last year. We would be very satisfied if we see bulk activity coming out in line with 2018 for the full year. On the container handling side, we have again seen solid growth in line with the general economy and we continue to pursue an expansion on the current scheduled services together with the re-opening of the rail connection to Ballina.”

"The Port’s cruise business also continues to support the tourism and hospitality sector in the southeast, drawing in thousands of higher-spending visitors each year. Capt Darren Doyle, Harbourmaster, said there are currently 20 cruise bookings in for 2019 – in line with 2018.

He added: “We are working with the local cruise co-op and other stakeholders to promote Waterford. Recent announcements from Dublin Port restricting cruise calls there from 2021 has prompted us all to re-double our efforts to maintain and grow this activity to the benefit of a wide range of interests in the southeast. Continued investment in making Waterford more attractive to visitors strengthens our hand in attracting valuable cruise calls.”