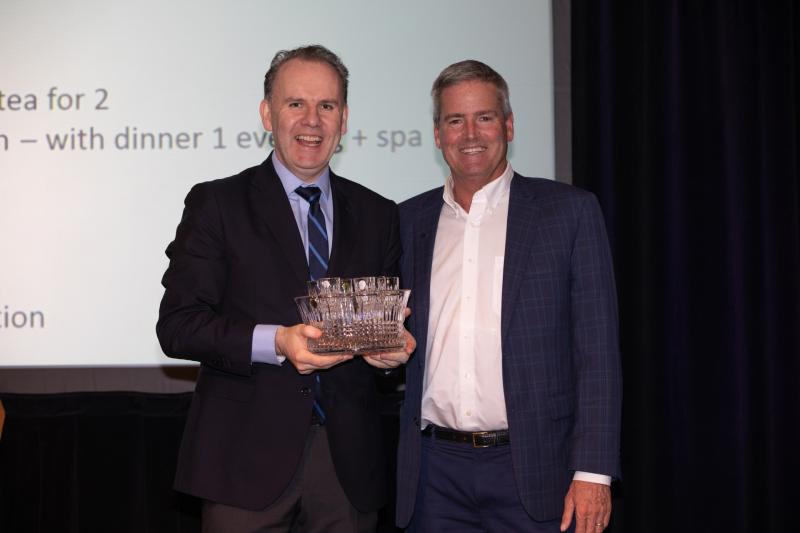 Tourism Ireland, together with a delegation of Irish tourism companies including House of Waterford Crystal, undertook a sales blitz to the United States recently.

Tourism Ireland has prioritised North America as a market which offers a strong return on investment in terms of holiday visitors and expenditure. In 2019, Tourism Ireland aims to surpass the record-breaking performance of 2018 and to grow revenue from North American visitors by +8% i.e. €1.99 billion generated by 2.17 million visitors (+6%).

A key message for Tourism Ireland is ease of access to Ireland from the United States and, in particular, the new American Airlines flight from Dallas to Dublin which will launch in June.

"I am delighted to be here in Boston to join Tourism Ireland’s Fill Your Heart With Ireland sales blitz and to promote everything that is great about a trip to Ireland," Minister Griffin said.

"2018 was the sixth consecutive record year for visitor numbers to the island of Ireland from North America. In 2018, we welcomed over two million American and Canadian visitors, delivering revenue of €1.85 billion for the economy. Boston and the east coast of the United States are important sources of visitors to Ireland and events like this provide a vital opportunity to highlight what is new and exciting in Ireland to influential local travel trade and media. Tourism Ireland looks forward to continuing to work with our travel partners to ensure that US travellers enjoy a unique and memorable vacation and receive the very best of Irish welcomes.”

This was the second stage of the 2019 series of Fill Your Heart With Ireland sales blitzes. The programme kicked off at the end of February, taking in Boca Raton (Florida), Washington DC and Atlanta (Georgia). Similar events will take place on the west coast of the United States later this year.