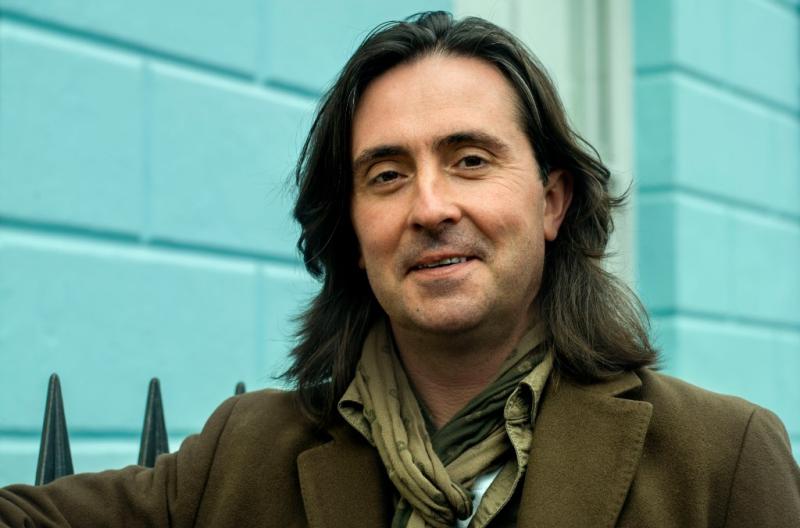 The 17th annual Immrama Festival of Travel Writing is set to host some of the world’s top travel writers at this year’s festival in the heritage town of Lismore in Waterford from June 12 to 16.

The festival programme was officially launched by Waterford City and County Mayor Cllr Declan Doocey. Commenting at the launch Mayor Doocey said: “There is no better fit for a Travel Writing Festival than the heritage town of Lismore, the home of Dervla Murphy and a destination that has attracted travellers from the world over for centuries.”

The 2019 festival programme includes a keynote address from Coast’s Neil Oliver at 3pm on June 15. Archaeologist, historian, author and broadcaster Neil has travelled and explored every corner of Great Britain, most famously through hosting eight series of the BBC Two programme Coast.

Also set to host a keynote address on June 15 is the first woman and the youngest person to row solo across the Indian Ocean and also the Pacific Ocean from Japan to Alaska British athlete and adventurer Sarah Dilys Outen MBE FRGS. Sarah has traversed oceans alone in tiny rowing boats, spending months in solitude; has biked continents in extreme seasons and kayaked remote island chains and she has written two books ‘A Dip in the Ocean' and 'Dare to Do' and her film 'Home' of her London2London: Via the World journey releases this year.

Earlier on Saturday one of the founding members of De Dannan Charlie Piggott will be discussing music and travel. The always ‘hot ticket’ event, the literary breakfast on Sunday morning June 16 will be hosted by the multi-award-winning journalist and author Rosita Boland. Rosita is widely travelled and her book of essays, Elsewhere; one woman, one rucksack, one lifetime of travel, will be published by Doubleday this May 2019.

To open the festival on Wednesday a screening of the documentary ‘Congo – An Irish Affair’ will take place; a poignant study of the Irish-led 1961 UN peacekeeping mission to Katanga, a province that wanted to break away from the newly independent Congo and the two Irishmen who were key decision makers in the country during that time, Gen. Seán McKeown, commander of the UN military force and Irish diplomat, Conor Cruise O’Brien, the UN’s civil representative in Katanga. The festival also offers an open invitation to the soldiers who were involved in the ‘Siege of Jadotville’.

On Thursday, June 13 author Dr Robyn Rowland will share personal stories, exploring war, change, family and friendship – in Ireland, Turkey, the Balkans and Australia. On Friday, June 14, journalist and author Lerato Mogoatlhe who has been writing about Africa for more than 10 years Lerato Mogoatlhe will share tales from her book ‘Vagabond’.

Other events include a creative writing workshop with Dr.Robyn Rowland, a presentation on Regina Maria Roche (1764-1845): Waterford's foremost novelist? from Donald Brady plus a family fun afternoon with The Booley House on Sunday, June 16 at the Millennium Park from 2 to 5 pm.

The fourth annual Young Travel Writers Competition is also announced by the festival. The competition is open to primary and secondary school students who are now invited to submit entries based on the theme of ‘Letters to Home’; Secondary school level students in the form of 500 word short stories and Primary school level students (5th & 6th class) a 250-word ‘Postcard to Home’. Judges for the competition include Stephen Kavanagh, CEO of Aer Lingus, Debbie Byrne, MD of An Post, Pól O'Conghaile award-winning Travel Writer and Phil Cottier, CEO of The CX Collection.

The winner's piece will be published in Aer Lingus Cara Magazine and the prizes include a Chromebook and an Amazon voucher worth €100 for students and a voucher one-night bed and breakfast in Cliff House Hotel for the winning student's teachers. The closing date for competition entries is May 17th 2019. Submissions can be made via www.lismore-immrama.com/studentcompetition

Speaking at the launch of Immrama the festival curator Jan Rotte said: “We are delighted to launch the 17th annual programme for the Immrmra Festival and announce this year's line up. Neil Oliver is a born storyteller with a taste for history and travels having lead digs and excavations in the battlefields of Isandlwana in South Africa to ancient heritage sites off of North East Scotland and he has lapped the coast of Britain and Ireland more times than we can count!"

"Before her 30th birthday, Sarah Outen had rowed the Indian Ocean, lapped the world by bike and by boat, graduated from Oxford; all aspirational achievements and we are delighted to have her as a keynote speaker at the festival."

"We have authors and journalists from far-flung places and also from Ireland, we are delighted to welcome Rosita Boland and Charlie Piggott who will share tales of their own unique journeys and many more. It’s going to be another superb festival.”

Fringe events include the Molly Keane Creative Writing Award, the launch of the Castle Arts Catalogue, Cotton Library tours at St. Carthradges Cathedral a Farmer’s Market in the Castle Avenue and events at Lismore Heritage Centre.

For full details and for festival tickets see www.lismoreimmrama.com or call (058) 53803.