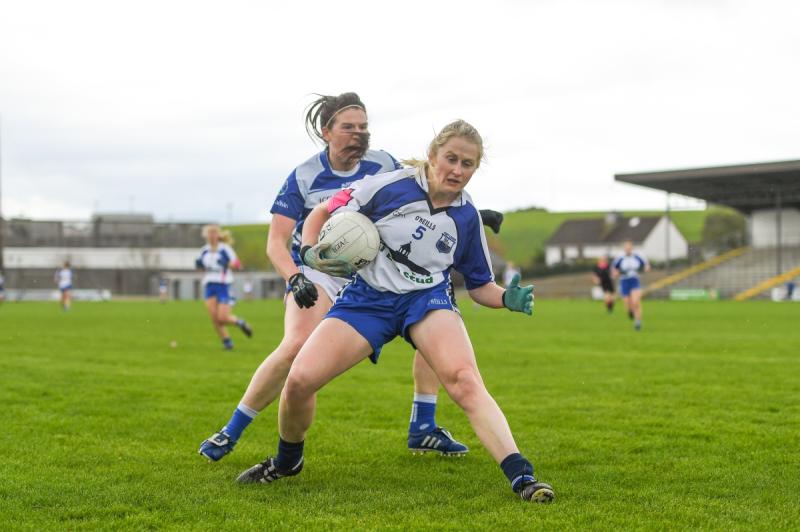 A hat-trick from veteran forward Michelle Ryan fired Waterford past old adversaries Cavan in a cracking Lidl NFL Division 2 semi-final over the weekend to clinch their spot in the decider against Kerry.

The Ballymacarbry attacker finished with 3-3 from play as they made amends for last year’s loss at the same stage at the hands of the Breffini County.

Cavan led 2-5 to 1-7 after a sizzling first-half in the Offaly sunshine. In the first minute, Shanise Fitzsimons was denied by Waterford keeper Rosie Landers. It was two points each after five minutes. Cavan free-taker Aisling Gilsenan opened the scoring and midfielder Donna English got their second. Eimear Fennell and Ryan were on target at the other end.

In the sixth minute, Geraldine Sheridan left the Waterford defence for dead and even though her initial effort was blocked, Aishling Sheridan smashed the rebound to the top corner. She netted a hat trick against Kerry a week earlier.

Waterford rallied impressively and struck 1-5 without reply. Delahunty and Ryan narrowed the gap to one, while Ryan’s rasper was tipped over by Elaine Walsh. On ten minutes, Delahunty’s placed kick from 40 metres landed around the square and Ryan fisted the ball to the roof of the net.

Fennell and Delahunty then added frees. Cavan captain Sinead Greene was sent to the sin-bin on 18 minutes before the deadly Delahunty converted another free to give Waterford a five-point cushion (1-7 to 1-2).

Despite their numerical disadvantage, Cavan dominated the rest of the half. Two frees from Aishling Maguire and one by Gilsenan reduced the damage. There was goalmouth activity at both ends as Ciara Finnegan and Ryan were thwarted. In the first minute of added time, Cavan full-back Shauna Lynch combined with Gilsenan and fired a shot to the bottom corner. It brought to an end a breathtaking half of football.

Delahunty levelled the match for a third time two minutes into the second period. Adventurous wing back Roisin Tobin regained the lead for Waterford before Delahunty slotted her fifth single to leave it 1-10 to 2-5. Rosie Landers then made a point-blank save from Fitzsimons.

There was only a point between them with 11 minutes left when Ryan’s point attempt sailed over Walsh into the net for a four-point lead. The floodgates opened after that. Ryan completed her hat-trick when she slipped the ball through Walsh’s legs. She then set up Chloe Fennell for Waterford’s fourth goal. Delahunty, who scored 1-6 in total, fired home a fifth with two minutes left.