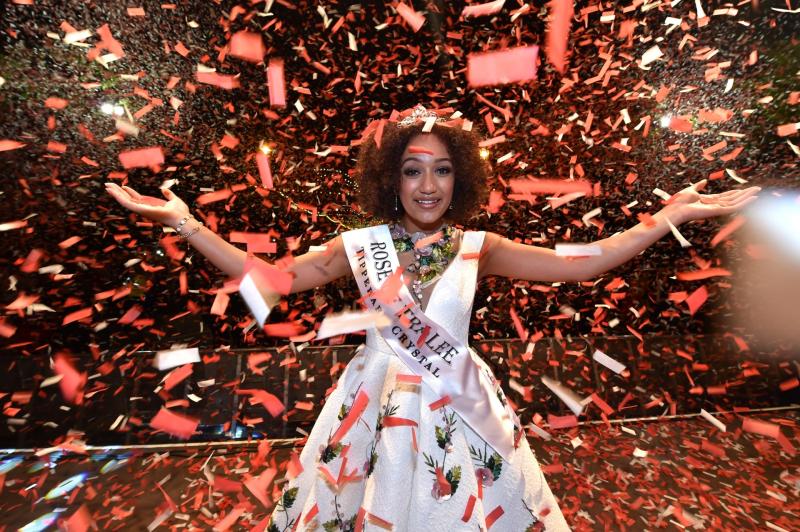 The 2018 Rose of Tralee, Kirsten Mate Maher is having a whirlwind year travelling, working with the Hope Foundation in India and Adi Roche in Belarus, travelling the length and breadth of Ireland for Rose selection nights as well as fitting in her job as a personal stylist.

At 21, she is one of the youngest women to be crowned Rose of Tralee and the first African-Irish woman to hold the title.
Hailing from Mullinavat, Kilkenny, Kirsten was crowned the Waterford Rose in 2018. She was working in Waterford and was inspired to enter by her friend.

Kirsten took time out recently to talk about her experiences so far, looking back on the night Dáithí Ó Sé called her name she stood in the line-up of contestants on stage in Tralee.

“My Rose centre was very honest with me; they said the best thing about the Rose of Tralee is the Roses and having a good time. There are judges around but you need to dance as if no one's watching. You’re not there to make sure you are the most perfect person in the world."

“An hour after my name was called, I am blank. Grainne Hogan [2018 Laois Rose] was beside me, she was to the right of me and I remember her squeezing my hand because we were like ‘who is this going to be’? I felt sick and I remember her she had my face grabbed, her and the Mayo Rose coming towards me and after that, it’s all a blur,” she said.

Kirsten's grandparents were so proud of her throughout all stages of the Rose experience.

“I know it is huge for me but it’s even more special for them, they have been watching it for the last 60 years, I am only on the planet 21 years so it’s even more important to them. It was really nice to be able to do it for them. When I entered the Waterford Rose it was my nanny and grandad I had in mind,” she said.

Kirsten plans to study multimedia and applications development in the future and loves travelling and working with children. She had just come back from a month in Thailand before the Waterford selection night.

In October she worked with the Hope Foundation in India and in February she travelled to Belarus with Adi Roche Chernobyl Children International.

“With the Hope Foundation, I went to a massive dump. Kids were living in it and they used to have to work on the dump because their parents had nowhere to put them during the day.

“They all had to work on the dump as well so Maureen Forrest of the Hope Foundation set up creches and schools for them to go to during the day. Every single child living on that dump or in the slums around it went to school during the day which is a huge difference to being out working in ridiculous temperatures doing hard labour when they are as young as two or three years of age.

“I also visited a slum on a railway track with over 20,000 people living on it, an unregistered slum so they were entitled to no wage, that was an eye-opener,” she said.

Looking back on her time as Rose of Tralee so far, Kirsten said the best advice is to be yourself and she finds it hard to put the experience into words.

“Always be yourself if you want to do something a different way to the previous Rose. Wear what you want, that’s really important. I love the style in Tralee, just own your own thing, people will appreciate that. If you are yourself then there is nothing to lose.

“I didn’t think that I would be Rose material but every year every Rose is so different, it just represents a different woman in Ireland at that time.

“The whole entire experience - you can’t describe it, it's different for everyone and every year different opportunities pop up.

“Even going to RTÉ for the New Year’s Eve show and being part of the night, you never get those opportunities, that’s not something you get asked to do every day and you couldn't even pay to do it if you wanted to.

“One of the best things about being a Rose is that you can’t buy your way into being a Rose, it is a really special experience that I would encourage, especially if you are entering make sure you enjoy it to the fullest and you are kind to everybody because at the end of the day the whole experience is being with everybody else. That's what makes it so special, I can't stress that enough. I am living in a different world - it is like being in dreamland,” she said.