Waterford set for €100 million investment for almost 1,000 houses and apartments 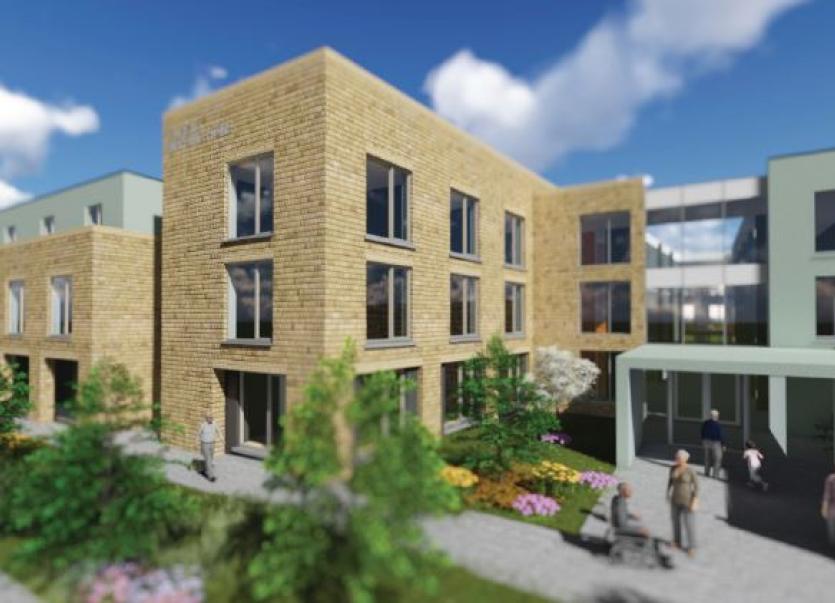 Waterford set for €100 million investment for almost 1,000 houses and apartments

Waterford City South Councillor John Cummins has welcomed the news that a Waterford contractor is to be awarded the contract to construct a road and services from the 6 crossroads roundabout towards the Lacken Road.

It is anticipated this will open up the prime land bank to cater for €100+ million worth of development consisting of 800 houses and apartments, a 90-bed nursing home, medical centre, café and crèche.

The road is being funded under the government's Local Infrastructure Housing Activation Fund (LIHAF) which seeks to unlock land zoned for housing.

Cllr Cummins has expressed his frustration in recent times about the length of time it has taken to progress the LIHAF scheme, given that his party colleague Simon Coveney announced the funding for it back in March 2017.

"The Tánaiste often enquires about how things are progressing with the two LIHAF schemes in Waterford because it was his initiative when he was Minister for Housing. From my understanding, many of the schemes nationally have been held up in red tape but thankfully we just about have this one over the line."

"It has taken a lot of time and effort but I want to thank the officials for their perseverance. Under the LIHAF agreement, prospective buyers can expect a discount of €6,000 on the market value of the first 373 houses which have planning permission," Cllr Cummins said.

“I have been saying it for quite some time, Waterford City is poised to take off in the coming years, between the North Quays, Michael Street and other large scale housing and mixed-use developments such as this at Kilbarry I have no doubt the future of Waterford is extremely bright."

"I don’t think people are aware of the scale of development which has already commenced at Kilbarry. The first 69 houses/apartments are being constructed by David Flynn for Respond. It is envisaged that these will be for the elderly or
those with special needs who will have access to services from the Nursing Home available to them such as physio, meals, nursing, treatments, laundry etc."

"These units are due to be complete in May 2020 and I think it is a fantastic model and one that will be replicated nationally."

A 90-bed nursing home with single en-suite rooms received permission last year and is due to commence construction in July.

Cllr Cummins said: “We have had a shortage of suitable nursing home beds in Waterford over the last few years and this development is most welcome. I am particularly impressed by the inclusion of two Alzheimer specific suites for additional specific care."

"There are many families I know of that have had loved ones affected by Alzheimer's or a dementia-related illness and it is nice to know new facilities such as this are being future proofed for the unfortunate growth in this disease."

Cllr Cummins said: “A masterplan for 800 houses and apartments has been completed with a further 1,300 planned on the wider land bank which will be facilitated by the construction of the LIHAF road and services."

"The first four phases (373 houses) which have permission will commence in July and are predominantly made up of 3-bed semis, however all of the houses are designed from a lifetime perspective in that each house has the capability of enlarging to meet a growing family's needs and will have planning for a second ground floor living space and an additional bedroom in the attic so that homeowners are not forced to move to upsize, they can achieve that within their home relatively inexpensively."

He added: “It is my understanding planning permission will be sought in the coming weeks for a 20-acre solar farm fronting the Tramore Road, the purpose of which is to create a community cooperative that each homeowner in the overall scheme will receive a shareholding in."

"The net effect is that not only will the homeowner have the benefit of zero/low energy bills but as a shareholder, they will receive an income from the solar farm once feed-in tariffs from the grid are agreed at government level and this is something I
have begun work on with both the Department of Housing and the Department of Communications, Climate Action and Environment."

Cllr Cummins was quick to note that unlike other areas that developed during the Celtic Tiger without the facilities and infrastructure in place, the Kilbarry area will be well serviced for all ages, ensured by "the construction of a crèche which will cater for 150 children, a medical centre, and a 90-bed nursing home will give this part of the city an anchor on which a sustainable neighbourhood can develop."

He concluded by saying, “I have been calling for a strategic framework plan for the wider Kilbarry area including Ballybeg for quite some time, this has commenced in recent times and it is important that all stakeholders are included in that process, it cannot be a top down plan; residents, councillors, landowners, developers, the Department of Education and the NTA must be included in the process so that the needs of the current and future population of the area are met."