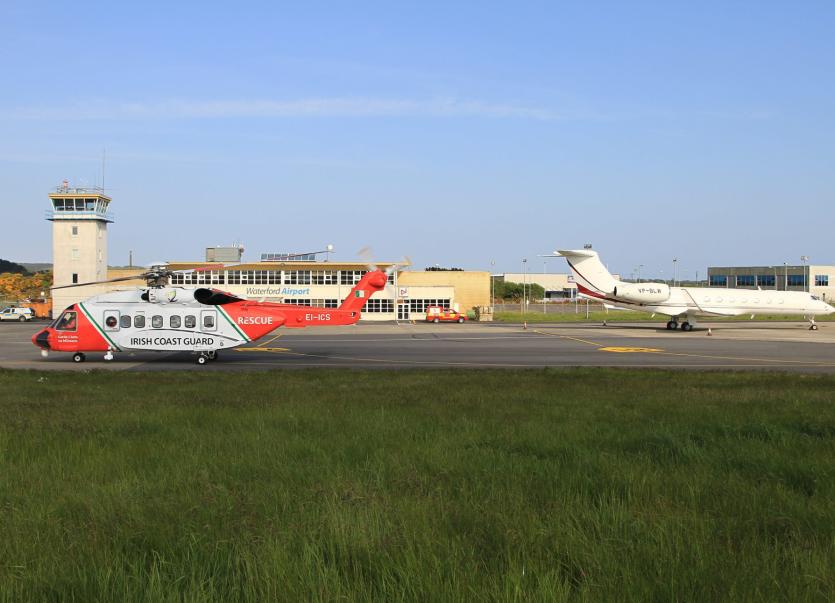 Local Minister of State John Halligan TD said he expects a memo proposing the approval Government funding towards a runway extension plan at Waterford Airport to be brought to Cabinet shortly.

This follows a visit to Waterford Airport by Minister of Transport, Tourism and Sport Shane Ross TD to Waterford on Monday morning, where he met with board members and management and, separately, with a number of business leaders from the South East.

The runway extension will cost €12 million in total, with the remaining €7 million to be provided by private investors and local authorities in the region.

Minister Ross has, in recent weeks, sought further information from the airport on certain aspects of the expansion proposal. In order to provide Waterford Airport management and board with a chance to comprehensively respond to Minister Ross’ and the Department’s queries – and to give them a chance to show Minister Ross in person the massive opportunity that this development plan presents to Waterford and the South East, Minister Halligan requested that Minister Ross travel to the airport on Monday.

“I also asked a number of enterprise leaders in the region to meet with Minister Ross. That meeting focused on the need for targeted infrastructural investment in the region to improve its direct connectivity and drive enterprise growth. We spoke about how the development of Waterford Airport has the potential to impact on IDA-supported companies and on overseas tourism numbers.”

Minister Halligan said both groups presented a ‘highly compelling case’ to Minister Ross regarding the massive potential to develop the South East as a key tourism destination and business investment gateway.

“As a result of these meetings, Minister Ross is in no doubt whatsoever that this is a once-in-a-lifetime chance for Waterford Airport to develop to its potential and I am hopeful that he will take this proposal to Cabinet shortly to secure the necessary Government approval.”

Meanwhile, Minister Halligan said a significant amount of work has progressed within Government to advance the case for expansion at Waterford  Airport.

“In recent weeks, Minister Ross also sought the views of colleague Ministers with policy responsibility relating to regional and enterprise development. Arising from this, I held a series of meetings with those minsters - Heather Humphreys, Michael Ring and Eoghan Murphy - to argue the case for Waterford Airport and explain to them in detail the fantastic potential development opportunity this presents to the region."

“All three ministers are now in agreement regarding the potential benefits that extending the runway at Waterford Airport presents, in terms of boosting rural development, helping attract overseas companies to the region and creating new employment opportunities and assisting Waterford to expand as an urban centre as outlined in Project Ireland 2040."

"They’ve written to the Department of Transport outlining these views, which are being taken into consideration in the drafting of a memo for Cabinet to proceed with the runway extension at Waterford Airport," Halligan concluded.