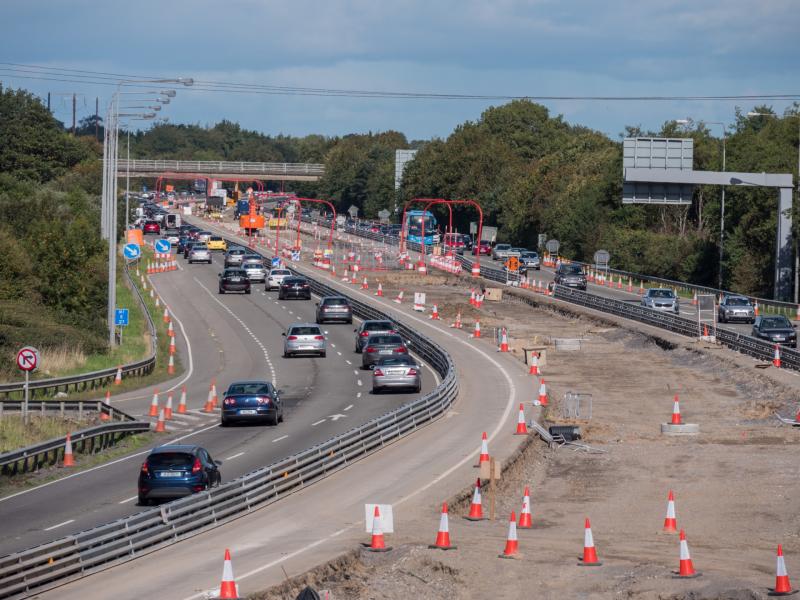 Waterford fans using the M7 to get to Croke Park on Sunday for the Déise's league final against Limerick have been warned of a dramatic new speed limit set to be put in place on the busy M7 motorway at Kildare this weekend.

A traffic update from gardaí on the huge motorway project has said the 25 km/h speed limit will be in place because the demolition of an overbridge will be taking place to allow for the construction of the new Osberstown Interchange Junction 9a between junctions 9 (Naas North) and Junction 10 (Naas South).

This will affect traffic in both directions.

In order to safely carry out this demolition works and maintain M7 traffic in both directions, traffic will be directed around the area of the works via the newly constructed off/on slips of this new interchange.

A cautionary speed limit of 25km/h will be in place through the new roundabout.

These demolition works will take place over the weekend of Saturday and Sunday, March 30 and 31.

Traffic will be directed onto the slips from 9pm on Friday, March 29.  This arrangement will continue through the weekend with traffic running in two lanes on each carriageway during 06.00 - 22.00hrs each day.

Before 6am on Monday, April 1 the demolition works will have been completed and traffic will return to the current mainline.

Waterford fans are told to allow extra time for their journey with traffic increased on surrounding approach routes and on the motorway itself.