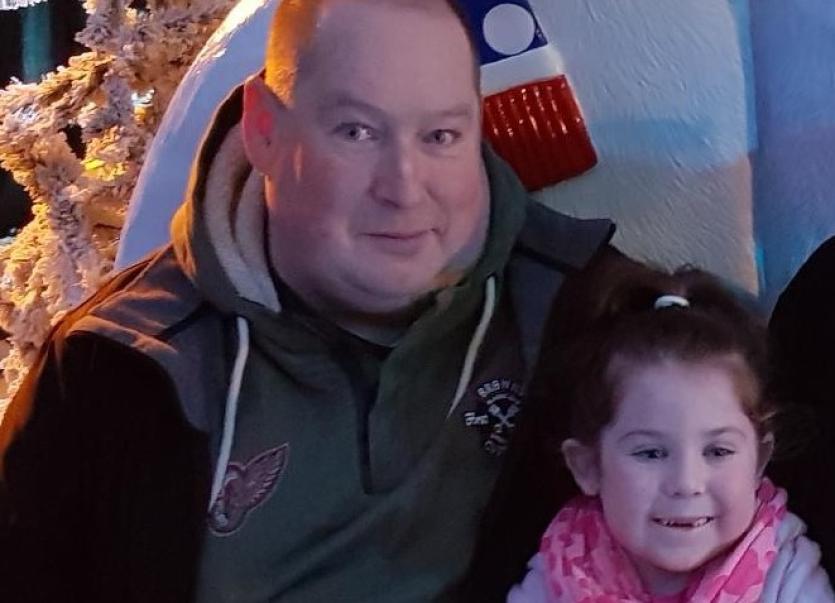 A Waterford father and his daughter are supporting the Irish Kidney Association (IKA)’s 2019 Organ Donor Awareness Week,  which takes place from March 30 until April 6.

Ferrybank’s Brendan Kiersey (47) has undergone two kidney transplants from deceased donors, one when he was 22 which lasted three-and-a-half years and one in February 2005 which continues to be successful.

He got married eight years ago to Donna and they had a honeymoon baby Molly, who is now seven-years-old. Within three days of Molly's birth in 2011, she was brought to Our Lady's Children's Hospital, Crumlin, Dublin, where kidney problems were diagnosed.

It wasn't until Molly was born that Brendan realised he had a genetic gene disorder which was passed on to Molly. Neither of Brendan's two siblings or parents had kidney problems and when he was diagnosed at the age of 15 it was thought he had glomerulonephritis, possibly from a strep throat infection. He managed to stave off dialysis until he was 21 years of age and this curtailed his young adulthood.

Molly commenced home dialysis treatment in February 2012 for five nights at a time, progressing to seven nights and then to six nights. She underwent her deceased donor kidney transplant in October 2018. Molly is still being peg fed and now her parents are trying to get her to drink more liquids, whereas before the  transplant her fluid intake was greatly restricted.

Before Brendan progressed to dialysis, his uncle and aunt made the selfless decision to donate their son's organs after a motor bike accident. They attend the IKA's annual service of remembrance and thanksgiving almost every year. 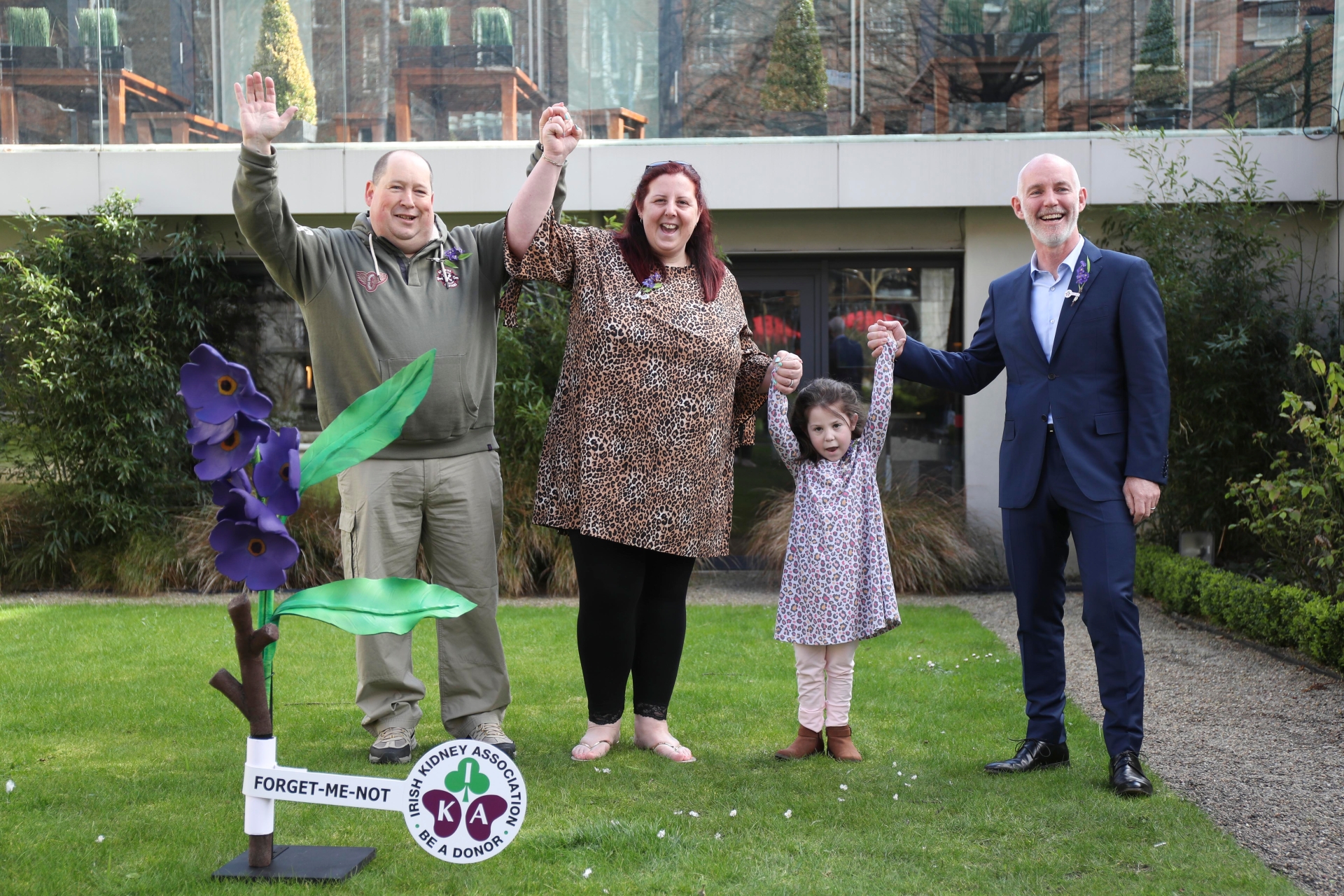 The Kiersey family from Ferrybank with Ray D'Arcy

The IKA is delighted to announce that Ray D’Arcy has agreed to the voluntary role of ambassador for Organ Donor Awareness 2019, taking up the baton from Claire Byrne who fronted last year’s campaign.

The focus of Organ Donor Awareness Week is to remind individuals to talk to their families about their organ donation wishes and keep the reminders of their decision visible by carrying an organ donor card and permitting Code 115 to be included on their driver’s license or downloading the digital organ donor card app to their smartphone.

Throughout the week, volunteers will be out on the streets and in shopping centres distributing organ donor cards while selling 'forget-me-not-flower' emblems, brooches, pens and shopping trolley discs. All proceeds go towards the IKA’s aid for patients on dialysis and those patients fortunate enough to have received a kidney transplant.

The IKA’s charitable activities include the provision of a 13-double bedroom, free accommodation facility for patients and their families in the grounds of Beaumont Hospital, and plans for the development of a similar facility at Cork University Hospital are underway.

Patients, many who would otherwise be unable to travel and take family holidays due to the constraints of dialysis treatment, can avail of IKA holiday centres located in Tramore, Killarney and Tralee.

The IKA provides patient advocacy, advice, counselling, financial aid, health promotion through sport, and the provision of kidney patient information and education through its head office in Dublin and its 25-branch network of volunteers nationwide.

The IKA is the organisation charged with the promotion and distribution of the organ donor card in Ireland through Organ Donation and Transplant Ireland (ODTI), the organ procurement service of the HSE.

Information fact files, which accompany the free organ donor cards, are obtainable from the IKA and are available nationwide from pharmacies, GP surgeries and post offices.

Organ donor cards can also be obtained by phoning the IKA on 01-6205306 or free text the word DONOR to 50050. Visit the IKA's website for more information.