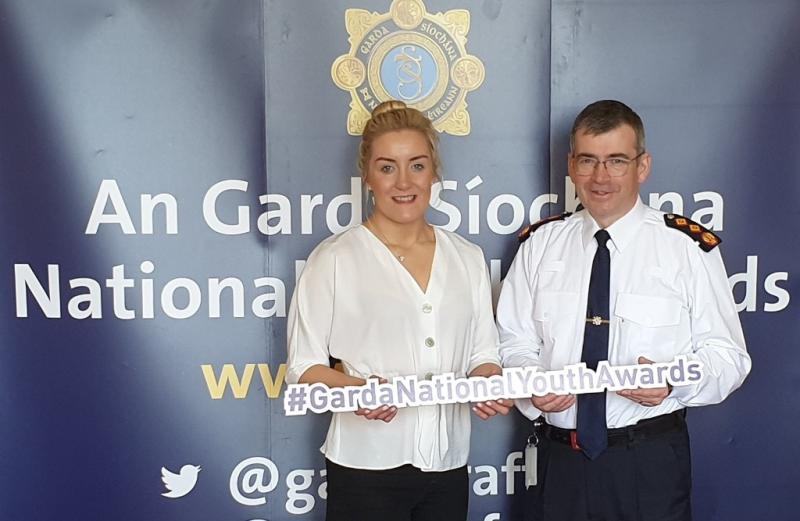 The first ever Garda National Youth Awards will next month recognise over 100 young people from across the country who have made their communities better places to live.

Commissioner Harris said: "The inaugural Garda National Youth Awards will be a showcase for the positive contribution young people are making in their communities. The awards at national and divisional level are a great way for Gardaí to develop strong relationships with community groups and young people in their area.”

Christina Desmond: "I won a divisional youth award in West Cork in 2013. It was great to receive such recognition at a young age. I had always wanted to be a Garda, but after seeing my local community Gardaí in action at the youth awards, I definitely knew it was for me. The youth awards enable gardaí to engage with young people, their families and the local community in such a positive way.”

The National Awards winners will be selected from the winners of the Divisional Garda Youth Awards. This year, 20 Garda Divisions held awards, which is the largest number ever.

The National Awards will be awarded at a ceremony in Portlaoise on April 27 in the following categories:

Individual Award - Making a positive contribution to their community, making it a better place to live.

Group Award - Group of two or more, making a positive contribution to their community, making it a better place to live.

Community Safety Award - Through a crime prevention or safety initiative/innovation, have made their community a safer place to live.

It is expected that approximately 500 people will attend the National Awards in the Midlands Park Hotel, Portlaoise on April 27.