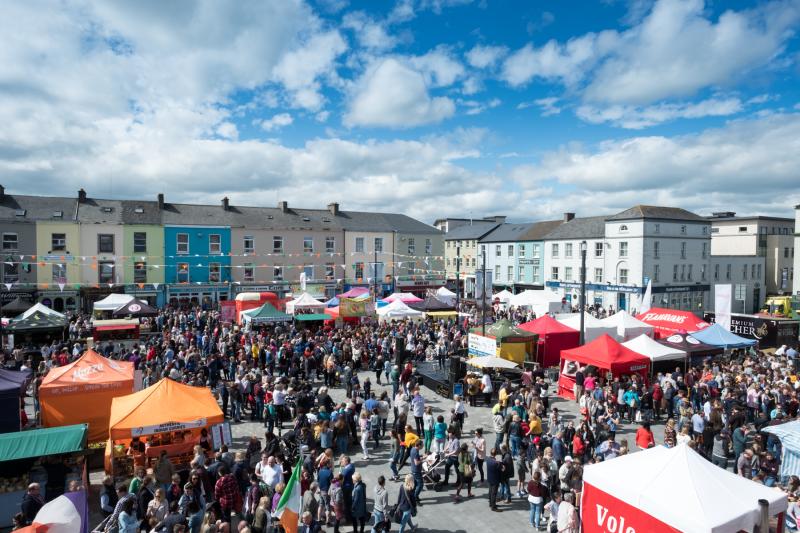 Producers, chefs and foodies from all over the country will descend upon the scenic seaside town of Dungarvan this April for the West Waterford Festival of Food.

It is now a staple in the Irish Food Calendar with its impressive and inspirational line-up of culinary events that includes everything from foraging trails through the Comeragh Mountains, dinners in historic castles and theatre in a cattle mart.

Taking place from Friday, April 26 to Sunday, April 28, the schedule of events encompasses a long tradition of food production and innovation where visitors will join with local producers who have worked with the rich agricultural land of the region that is nestled between the Comeragh Mountains and Celtic Sea.

Set to be the biggest year yet in its 12-year history, the festival has now announced details of its jam-packed 2019 bi-lingual festival programme which pays homage to the strong Gaeltacht roots of West Waterford.

For the first time ever, a host of well-known and highly accomplished female chefs fill many of the top festival spots and they will outnumber the boys!

Now one of the largest and best-known food festivals in Ireland, this year’s event will tie together the best of indigenous produce from the region, taken from the land and the sea, along with a line-up of household name Chefs, dinner in historic venues, pop up dining events, workshops, demos and tasty restaurant and foraging trails.

There is also a full children’s programme, bus tours along with a Farmer’s Market on Thursday, Dungarvan Country Market on Friday, The Quayside Market on Saturday and The Festival Market on Sunday, when over 100 stalls will fill Dungarvan town with the best of local and Irish artisan food. Over 50,000 people from across Ireland attended the annual event in 2018.