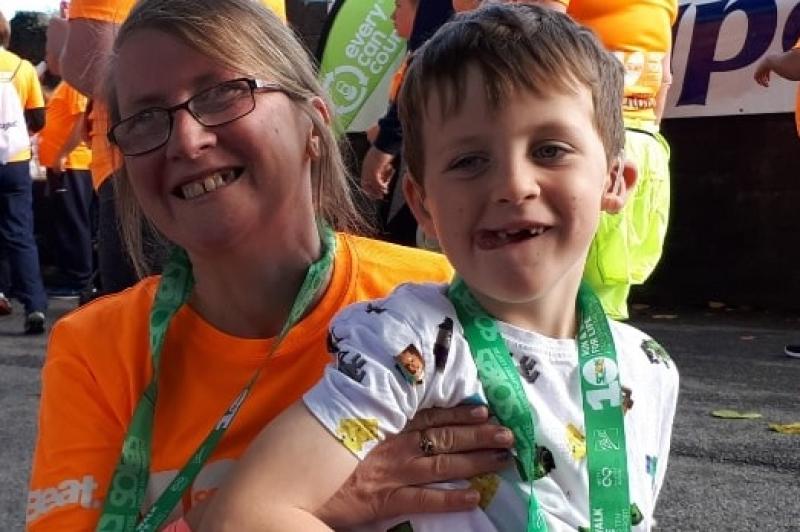 The event, now in its 37th year, will take place on Bank Holiday Sunday, June 2, at 2pm. Over 30,000 women are expected to walk, jog and run the 10K route in Dublin, starting in Fitzwilliam Square and finishing on Baggot Street.

Among the thousands of women taking part in this year’s event is mum-of-one Marie Spriggs Campion from Tramore, who is representing her county as part of the Vhi Women’s Mini Marathon’s #WomenwithImpact campaign. The campaign is celebrating women throughout the country who have made an impact on lives in their local community.

Marie will be taking part in the Vhi Women’s Mini Marathon for the third time this June. Marie started her journey by taking short walks with her friend Ann during their work breaks. They progressed to their local parkrun on Saturday mornings, and after meeting a friend from home who was training for the Mini Marathon, was encouraged to start taking part in local races.

She took part in her first Mini Marathon in 2016. “I really enjoyed it and met amazing women taking part for great charities," she says.

This year, Marie is supporting the charity Our New Ears, which has a personal connection for her. She explains: “Our son Jake was born profoundly deaf seven years ago and we spent lots of times up and down to Beaumont Hospital Dublin for his appointments. He wore hearing aids and we would often talk to other parents of kids with hearing difficulties in the waiting room.

"My husband Keith spotted a poster for Our New Ears which helped us and continues to support parents and kids.  In December 2017, Jake underwent surgery for a cochlear implant in his left ear. Jake’s speech was much delayed, but thankfully with the implant it has had a huge effect on his speech, development and confidence.  Jake plays hurling and Gaelic football with the local GAA club and recently joined beavers.

“Hopefully by raising awareness of Our New Ears and by raising sponsorship as a result of partaking in the Vhi Women’s Mini Marathon again this year, other children will get to experience the benefits that Jake has now."

In an exciting addition to this year’s event, Vhi has revealed a brand-new finisher t-shirt which will be presented to each participant upon completion of the Vhi Women’s Mini Marathon.

The Vhi Women’s Mini Marathon will have an increased postal entry offering this year, giving women all over the country the opportunity to receive their race number by post.

Anyone entering before April 30 will be able to choose the postal entry option, subject to availability. There will also be a number of pick-up points around the country, where participants can collect their race number.

Entries are open now at www.vhiwomensminimarathon.ie.