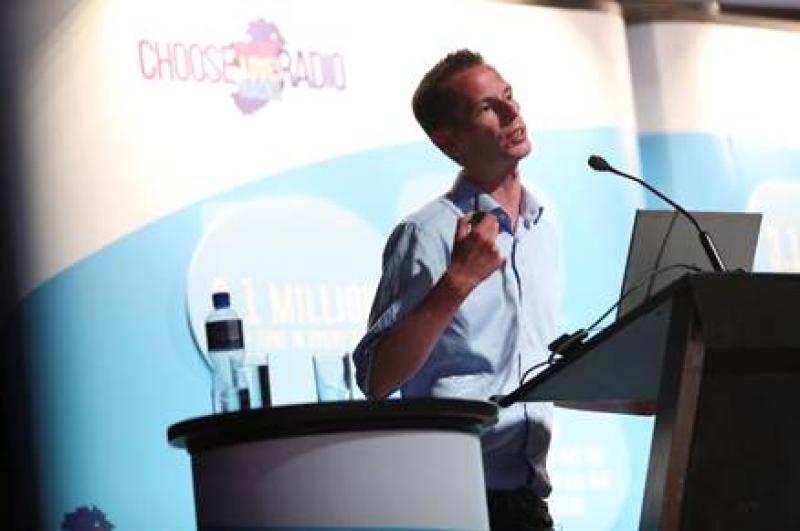 The early riser will delve into the most innovative, creative and imaginative on-air giveaways of the past twelve months with his talk, entitled Top 10 Radio Promotions.

The presentation will see Niall analyse promotions from as far afield as San Diego, Sydney, Helsinki and the UK among others. The aim? To ensure you’ll never endure one of those ‘caller number 9 to win this prize’ style competitions again.

This year’s appearance marks the fifth occasion Niall will speak at a Radiodays event in twelve months, having addressed crowds in Johannesburg, Stockholm, Vienna and Dublin throughout 2018.

Radiodays Europe is the meeting point for the world of radio and audio and is recognised as the most important annual conference for radio professionals with over 1,500 participants from 62 countries. The theme for this year’s conference is 'Sound Matters - The Future of Audio'.

Niall said he’s hugely excited about presenting in Lausanne. “At Beat, we appreciate a great cross-platform station promotion and we’ve been recognised at the National Radio Awards numerous times for our innovative approach to station promotions.”

He continued: “Over the past twelve months, I’ve attended conferences across the world and connected with some great people who have executed some really exciting promotions. My presentation in Switzerland will take delegates on a whirlwind journey around the world. We’ll be looking at promotions that really delivered on-air and online and will hopefully give Radiodays delegates plenty of great ideas for 2019 and beyond!”

Niall started his radio career in 1997 with Dublin city’s 98FM before moving back to his home county of Waterford to help launch Beat in 2003. He has since been a lead voice on the market-leading station and off-air as part of the operations team.

Over the last sixteen years, Niall has been instrumental in the execution of a variety of promotions across Beat’s numerous platforms, including multi-award winning "2 Strangers & A Wedding", "The Fugitive", "Runaway Bride", and most recently, the national award-winning "Coffin Lock-In."

The Beat Breakfast jock isn’t the only Waterford speaker at the event. Well-known Mojo practitioner Glen Mulcahy will be back to update delegates on what’s new in mobile journalism. Both presentations from Niall and Glen were ranked in the top 5 most popular sessions at Radiodays 2018.

Other Irish broadcasters speaking at the event include Chairperson of Independent Broadcasters of Ireland Kilkenny’s John Purcell, Ger Gilroy from Off the Ball, Audio XI’s Rob Timony and MD of the European Broadcasting Union, Noel Curran, rounding out the Irish contingent.