St Patrick's Day facts and theories according to the experts 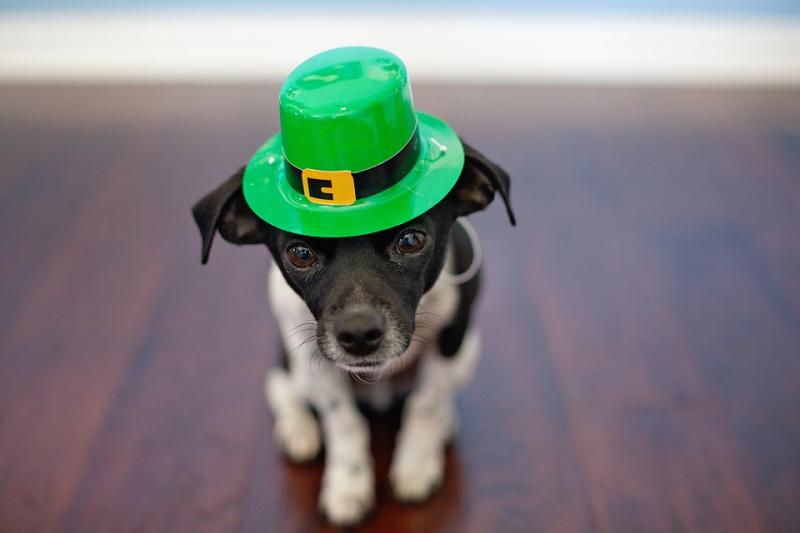 From St Patrick's wife Sheelah to 'eating the shamrock', here are some fast facts/ theories from University College Cork experts.

In the fifth century, there were two Patricks: the sean-Phádraig (old-Patrick) was an early missionary originally called Palladius, and the second Pádraig founded Armagh. Later tradition would unite them into a single person.

St Patrick - a Briton - fits the timeless profile of the hero from overseas who saves the Irish [in modern times think Jack Charlton].

The name Pádraig is a borrowing of Latin Patricius. An earlier borrowing took the Gaelicized form Coithrighe.

The Old-Irish hymn attributed to St Patrick, and now known as St Patrick's Breastplate, identifies three classes of individuals from whom one should be protected as: druids, smiths and women.

The laws of Lent were suspended for St Patrick's Day: drinking (Pota Phádraig) is associated with the day as much as the shamrock is.

In the 18th and 19th centuries, children wore St Patrick's crosses - homemade from paper and cloth. The poet of Carraig na bhFear (County Cork) Seán Ó Murchú composed a poem on the subject of a St Patrick's cross in 1730.

March 17 marks the middle of spring, by which point, at the very least, one should have already sown one's early potatoes.

On the anniversary of St Patrick, the country people assemble in their nearest towns and villages, get very tipsy and walk through the streets with the trifolium pratense, or, as they call it, shamrock, in their hats, when whiskey is drank in copious libations. And, from a spirit of gallantry, these merry devotees continue drunk the greater part of the next day, viz., March 18, all in honour of Sheelagh, St. Patrick’s wife.
This account of St Patrick’s wife, Sheelah, whose celebrations were on March 18, occurs in John Carr’s The Stranger in Ireland (1806) and is one of the numerous references to this almost forgotten female figure.

It is Newfoundland, Canada, Talamh an Éisc (Land of the Fish), the most Irish place outside Ireland, that another echo of Sheelah is still manifest. Here, there is an amazing legend, still believed by many to be historically true, centring on a young Irish princess from Connacht, of noble birth, who was called ‘Sheila na Geira’ (Síle na Ghadhra). The legend recounts that sometime in the 1600s when en route to a convent in France to finish her education, under the care of her aunt who was an Abbess, pirates commandeered her ship. One of the pirates, Gilbert Pike who hailed from a well-to-do English family, fell in love with her and being wed on board the young lovers settled down in the little inlet of Mosquito in the southwest corner of Newfoundland. Here, in time, Sheila na Geira gave birth to the first white European child on the island and it said that many owe their lineage to her. It is also said that every Irishman who visited and settled on Newfoundland made obeisance to her. She is said to have lived to 105 years of age. In keeping with her mother goddess attributes, in Newfoundland right up to the present day the last big snowstorm following Patrick’s Day is called ‘Sheila’s Brush’. In the past sealing fleets refused to go back out on the ice until this storm had passed, while fishermen today hold the same belief.

The name Sheelah is highly enigmatic. For example, a search for the name in all of its variants in the 1911 Census of Ireland, returns a paltry combined total of c. 500. By contrast, its English equivalent Julia, has close to 30,000 entries. Similarly, scholarly research on the ships’ manifests for female convicts sent to Australia, where the name ‘Sheila’ has entered common parlance, shows that there were no Sheilas on board.

‘Sheelah’s Day’ falls on the 18th of March, being the last of the traditional three days of celebration beginning on the eve on St Patrick’s Day (March 16, 17 and 18). This window of licentiousness and liberal drinking always fell within the otherwise stifling period of the forty days of Lenten fast and abstinence.

The Cailleach, the old wise-woman healer is a multi-faceted personification of the female cosmic agency. The Cailleach tradition is deeply rooted in the seminal concerns of birth, fertility and death. It is in this context that the connection with the significantly named ‘Sheela-na-gig’ can be made. In Ireland, there are over 110 examples of these oft-misunderstood, medieval stone carvings of naked, old women exposing their genitalia.

Whatever about drowning the shamrock, how about eating the shamrock? Commentators on Gaelic Ireland often note the Irish fondness for eating shamrocks, which is more than likely a reference to the eating of the lemony-flavoured wood sorrel (Oxalis acetosella) in Ireland.

In folk custom, Irish people liked to break the Lenten austerity by having meat for the St Patrick's Day dinner; this was indeed a treat during a time when meat was a rare item in the diet for many people. The prohibition on eggs was also lifted for the day, and people celebrated with a breakfast of boiled eggs, often called Saint Patrick's Pot.

What might the Saint himself have eaten? The two main pillars of the early medieval diet where cereals (lots of oats) and dairy produce (milky things).

Did St Patrick eat a macrobiotic hipster diet way before it was cool? While there is no direct reference to the saint's diet, we do know that fermented foods, especially in the dairy line and wild foods were of some importance in the diet.

With St Patrick's Day falling in March, it coincides with the folk tradition of collecting shore shellfish for consumption.