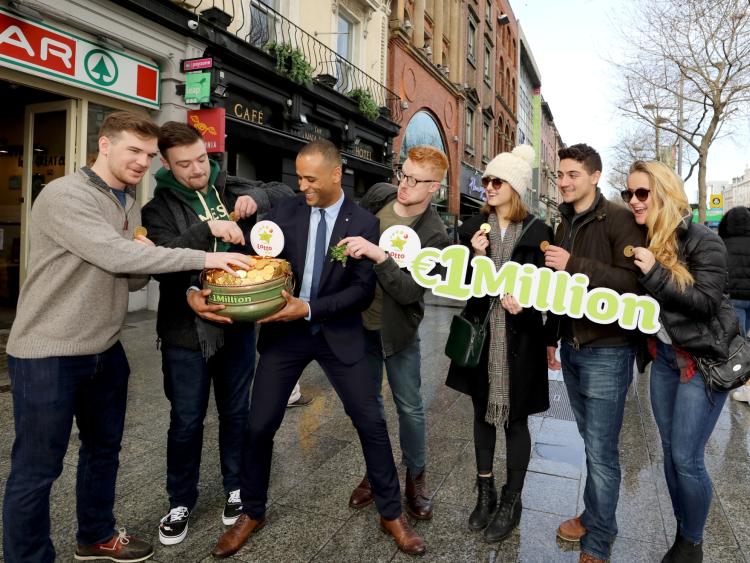 This St. Patrick’s weekend is extra special for lotto players across the country with an additional €1 million guaranteed to be won with Saturday’s Lotto Plus raffle draw.

Every Lotto Plus raffle winner will have the luck of the Irish on their side as they share in this additional €1 million “crock of gold”.

A National Lottery spokesperson says that the extra prize pot of €1 million, which is the second such Lotto Plus €1 million raffle event, is a result of the enhanced Lotto Plus game launched last September.

In the 56 draws since the Lotto and Lotto Plus game changes were launched more than six months ago, almost five million prizes have been paid to players, totalling just under €75 million.

In that period, there have been: