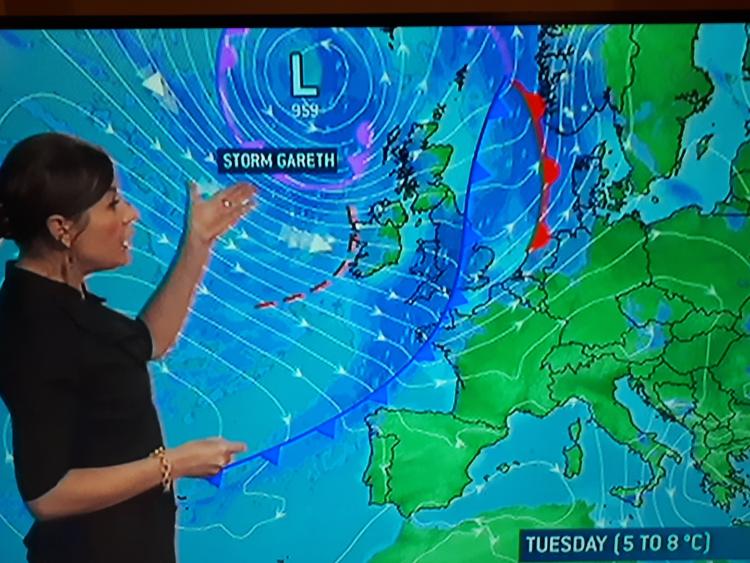 Storm Gareth weather is set to bring sustained bitterly cold gale force winds of up to 130 km/h  according to the latest from Met Éireann.

"We are looking at very disturbed weather over the next few days," she said in her bulletin after the RTÉ news.

She said the storm will last into Wednesday.

"A notable feature of this event will be the sustained winds," she said.

Another feature will be much colder weather made worse by the wind chill factor as Storm Gareth is coming from the northwest of Ireland.

She said Gareth would also bring squally heavy showers to parts of the country.

Once the storm passes she forecast that the rest of the week was looking 'really very unsettled'. 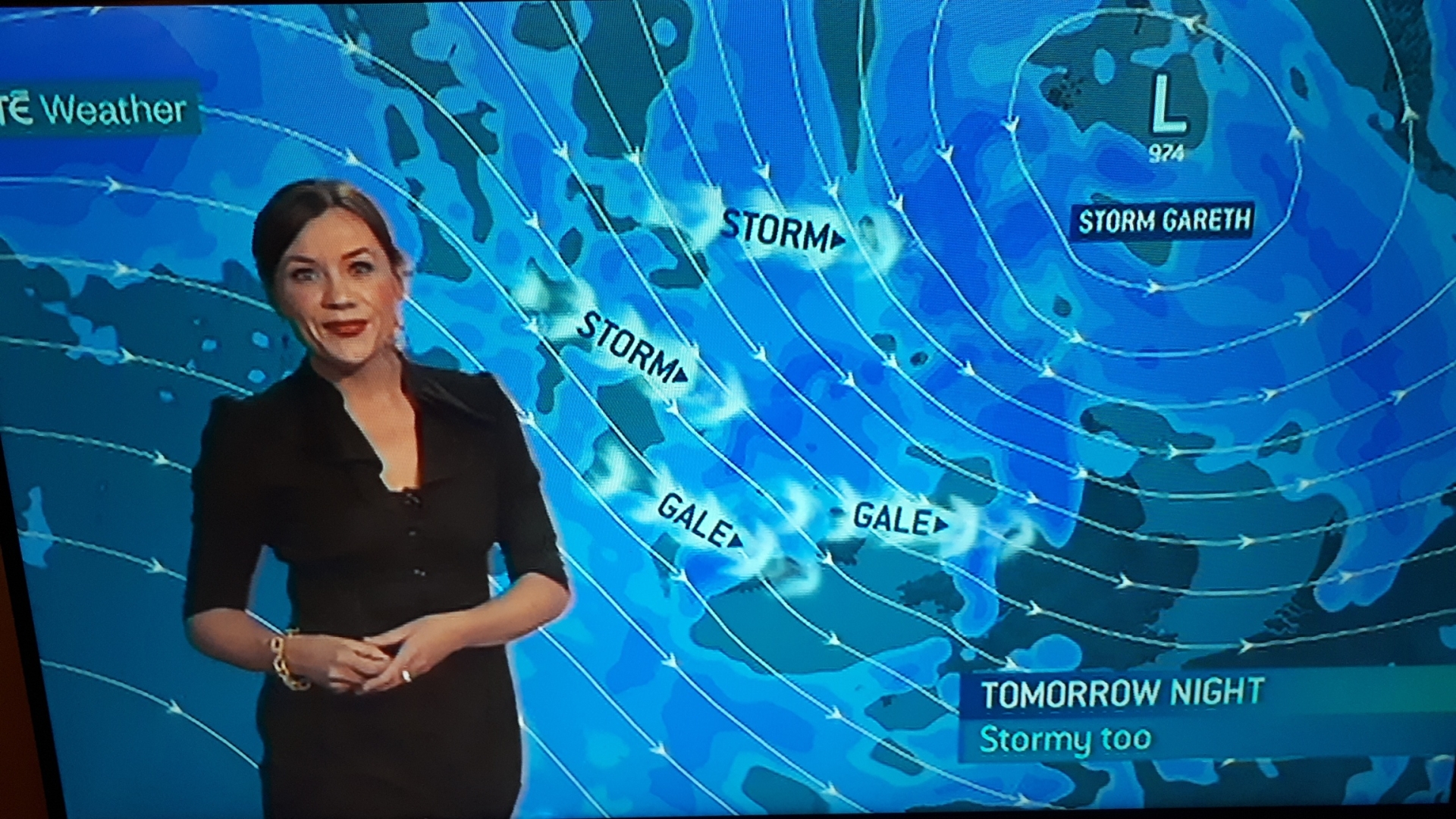 TODAY - TUESDAY 12TH MARCH
Tomorrow Tuesday will be very windy with brief sunny spells and occasional blustery showers - many squally with hail. Westerly gales will have severe gusts - especially across the north and west and Met Eireann has a status orange wind warning in effect as storm Gareth tracks towards Scotland. The better dry spells across the south and east. Highest temperatures of 7 to 10 degrees.

NATIONAL OUTLOOK
Headline: Unsettled through much of this week, with a spell of potentially disruptive winds later tomorrow, Tuesday, into Wednesday, especially in the northwest.

Tuesday night: Westerly winds will further increase on Tuesday evening and night with potentially damaging gusts in parts of the west and northwest. The winds will veer northwesterly overnight, maintaining their strength for a time, before abating somewhat. Showers or longer spells of rain will continue with an ongoing risk of hail and thunder, especially in Ulster and north Leinster, although it will be generally drier in the south and southwest. Lows of 3 to 6 degrees.

Wednesday: A very windy and blustery start to the day on Wednesday in fresh to strong and gusty northwesterly winds with gales in coastal regions only slowly easing. Showers will gradually ease through the morning, becoming confined to northeast Ulster in the afternoon. A spell of rain will push in from the Atlantic to affect western and northwestern counties later in the day. Afternoon highs will be around 7 to 10 degrees, but up to 11 degrees near the southeast coast. Rain will spread southeastwards over the country on Wednesday night with some heavy bursts, especially in Atlantic coastal counties. The northwest winds will eventually moderate early on Wednesday night, before backing westerly and freshening again overnight. Minimum temperatures of 5 to 7 degrees Celsius.

Thursday: Some uncertainty in the details, but current indications suggest a wet day for many, with widespread outbreaks of rain. A clearance may develop over more northern counties during the afternoon, but the rain looks likely to continue further south. Afternoon highs will range 9 to 13 degrees, north to south, in gusty westerly winds. Further spells of rain look likely to affect most parts of the country on Thursday night with moderate to fresh and gusty southwesterly winds. Minimum temperatures of 4 to 8 degrees Celsius.

Friday: Rain clearing southwards to leave a dry afternoon with just isolated showers on Friday. Westerly winds will moderate, falling light and variable on Friday night. Maxima of 7 to 11 degrees, coldest in the west and north, dropping 1 to 3 degrees on Friday night.

Next Weekend: Present indications suggest cold and showery conditions, with a risk of wintry precipitation. Less windy, with widespread frosts at night.