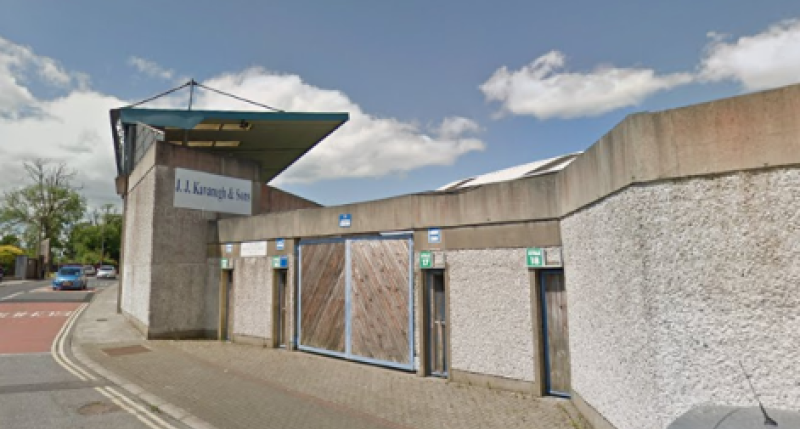 A number of residents and local representatives have expressed traffic and parking management concerns for the new Walsh Park redevelopment which was given the green light by An Bord Pleanala last month.

The home of Waterford GAA had originally received planning permission for the upgrade to turn the run-down 10,000 capacity ground into a 16,000-capacity stadium last year, but the decision was then passed to An Bord Plenala following at least four objections to the decision.

A number of the appellants raised parking and traffic concerns for the areas immediately surrounding Walsh Park, especially in light of the almost doubling in capacity.

People Before Profit Waterford has said it welcomes the redevelopment of Walsh Park, suggesting "the county grounds have lagged behind other regions in terms of facilities and capacity for many years."

The party has said it also acknowledges that meetings were held with residents to discuss and inform people who may have concerns, noting, "community interaction on issues of development are key to progressive planning.

They also raised parking and traffic concerns, saying "the development of a traffic plan is another aspect of the planning involved and will most probably be of a hit and miss nature depending on how the various stakeholders and collaborators engage."

Local election candidate for PBP, Una Dunphy said: “Most residents are concerned with the additional traffic on match days because, like many older city venues, no parking facilities exist for Walsh Park."

"This can lead to mayhem for residents and other motorists, along with pedestrians when cars are parked on footpaths. Progressive traffic plans utilise local parking zones with traffic diverted away from the inner venue," Dunphy added.

"It will be a process to get match-goers used to changing their habits. Very few need to park at Walsh Park and spaces for older fans and those with disabilities could be accommodated in one of the adjoining sites such as DPL or the old Musgrave outlet, on Keane’s Road," she suggested.

"Encouraging match goers to walk from existing car parks would enhance the experience for all. The Lisduggan Shopping Centre, along with the bank and church all have parking and are less than 700 metres from the pitch. The Waterford Crystal site also has a car park and is within walking distance."

"It would be naïve to think that once the capacity has almost doubled to close to 16,000, that the facility would not be utilised to its potential."

As with most People Before Profit policies on transport management, Una Dunphy also promotes park and ride initiatives to take cars out of the equation, where possible, and substitute them with public transport. She suggests “a park and ride option from the Butlerstown Shopping Centre is an obvious option for home games for both the league and championship matches, where capacity crowds would be expected."

"It boasts in excess of 900 spaces, mostly empty on Sundays and evenings and is a 3.6km distance from Walsh Park. The circular route is not on a traffic-heavy road and could pick up and drop effortlessly in a timely manner.”

"Good planning averts problems, especially in city Centre areas. People Before Profit would encourage all stakeholders to engage with the process which can deliver a much needed modern GAA ground and a traffic management plan which has the potential to please all," she concluded.

In the plans approved by An Bord Pleanala, the only parking solution requested was on-site parking for two coaches and 16 cars with access from Slievekeale Road. This was blasted as insufficient by a number of appellants.

In a response to An Bord Pleanala, the applicants said: "Waterford GAA Board will put in place a series of agreements to provide off-street, match-day parking at a number of appropriate locations within easy walking distance of Walsh Park. The Traffic Management Plan will be regularly updated."

"The majority of games in Walsh Park have an attendance of between 100 and 1,000, and would be self-managing," they said.

Residents groups have refuted the level of parking quoted in the above response.

The plan submitted to An Bord Pleanala illustrates the public transport available and it is expected its use will be promoted for match days.

"Whilst the majority of trips at present are by private car (approximately 75%), it is expected that improvements in public transport will increase usage of this means of getting to matches," a response from the applicants read.

They also said: "Waterford GAA Board currently has no plans to hold extra events. Any events which are not considered ancillary to the principal use will require permission or consent through the licensing system."

In condition no. 10 of its approval for the project, in the interest of traffic and pedestrian safety and avoid congestion, An Bord Pleanala stipulated: "Prior to commencement of any redevelopment, the developer shall submit to, and agree in writing with, the planning authority, a detailed mobility management plan for the operational phase of the development."

"The plan shall provide detailed arrangements for vehicular movement and parking, including bicycle parking, and for pedestrian movement arrangements, as set out in the documentation submitted with the application and appeal; and
shall provide for the employment of a mobility/events manager for the proposed development."

The development is set to go ahead this year.