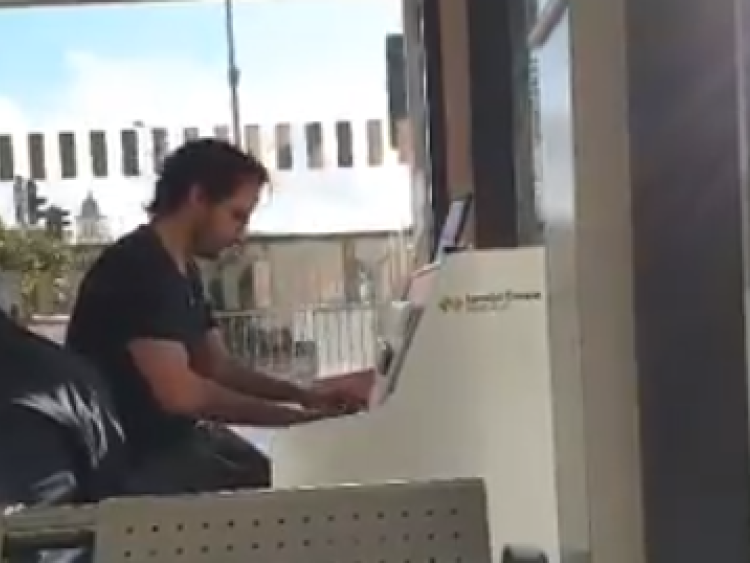 Waterford commuters were treated to an impromptu piano performance by a talented passenger while waiting for a train on Monday, March 4.

The beautiful performance was captured by a Twitter user who expressed her delight, describing it as "simple and beautiful."

While waiting for a train at Waterford station, a man sat and started to play the piano. Just like that, simple and beautiful.
Thanks to @IrishRail for putting up pianos in almost every station..
This just made my day and the passengers' day more beautiful ❤ pic.twitter.com/7HJYa9wgag

"This just made my day and the passengers' day more beautiful," she added. She also thanked Irish Rail for installing pianos at almost every station in the country, promoting performances just like this one.

Scroll back up to take a listen.