US ambassador and Oxford professor to be given 'Freedom of Waterford' 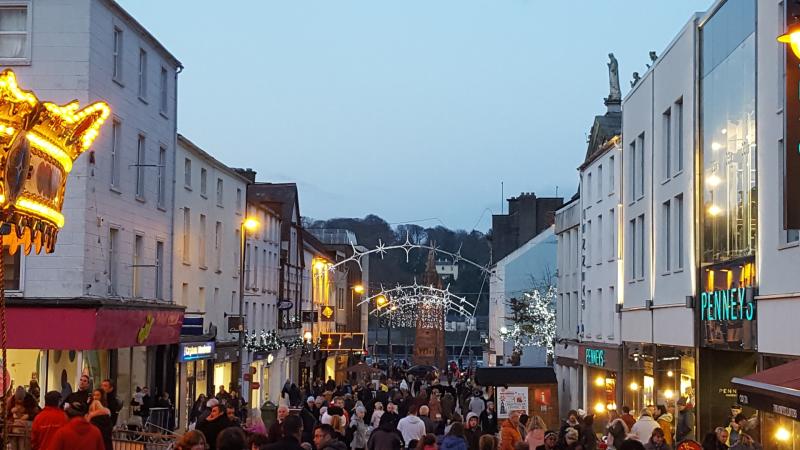 US ambassador and Oxford professor to be given 'Freedom of Waterford'

They will be awarded Honorary Freedom of Waterford at a ceremony in the historic Council Chamber at City Hall, The Mall, Waterford on Monday, March 4.

The Mayor of the City and County of Waterford, Cllr Declan Doocey stated that both Professor Richardson and Ambassador Mulhall have made a significant contribution to enhancing Ireland’s status internationally.

“It is fitting that we offer both Professor Richardson and Ambassador Mulhall the highest honour the City and County can bestow," he said.

Professor Louise Mary Richardson, who hails from Tramore, is one of the world’s most pre-eminent academics and political scientists. In January 2016 she became the vice-chancellor of the University of Oxford, having formerly served as the principal and vice-chancellor of the University of St Andrew’s and as the executive dean of the Radcliffe Institute for Advanced Study at Harvard University.

In 2009, Professor Richardson was the first woman and the first Roman Catholic to be installed as the principal of St Andrew’s College, Scotland. She went on to become the vice-chancellor of Oxford University in January 2016.

She is internationally known as an expert in political science. She is well published and has made several expert appearances on the international media including Fox News, CNN and the BBC.

She was honoured with a list of awards in Scotland, the US, Russia, Northern Ireland and was named an honorary member of the Royal Irish Academy. She also received the Winifred Dickson award from the Royal College of Surgeons in Ireland, which recognises women who have made an outstanding contribution to their field.

"Honorary Freedom is conferred in recognition of Professor Richardson’s extraordinary career in academia that culminates in the world’s oldest and one of the most prestigious universities. It also acknowledges her considerable role in developing British-Irish relations and for an exceptional and internationally recognised career as a top-class political scientist."

Mr Daniel Mulhall has a distinguished career in Ireland’s diplomatic service. He was born in Waterford in 1955. Mr Mulhall is currently the Ambassador of Ireland to the United States and he also served as Ireland's Ambassador to the United Kingdom, Germany and Malaysia.

He joined the diplomatic service 41 years ago this year and served in India, Austria, the European Union, and Scotland. His first appointment as Ambassador was in 2001 when he was posted to Malaysia where he represented Ireland in Malaysia, Laos, Thailand and Vietnam.

He is no stranger to representing Ireland in crisis situations, he was in Malaysia during the horrific Indian Ocean tsunami in 2004; he was Ambassador to Germany during the Financial Crisis, and more recently as Ambassador to the UK he campaigned against Brexit.

In August 2017, the Waterford man presented his credentials to President Trump and was installed as Ireland’s Ambassador to the US.

"Honorary Freedom is conferred in recognition of Mr Mulhall’s services to the State, particularly in times of crises, his role in developing Irish-British relationships and for an extraordinary career in the Irish Diplomatic Services."

The most recent recipients of Honorary Freedom in Waterford City were Val Doonican and Brendan Bowyer who received the Freedom in 2011.