'Sydney allowed me dream': South East artist tipped to be next Shawn Mendes after releasing song on Spotify 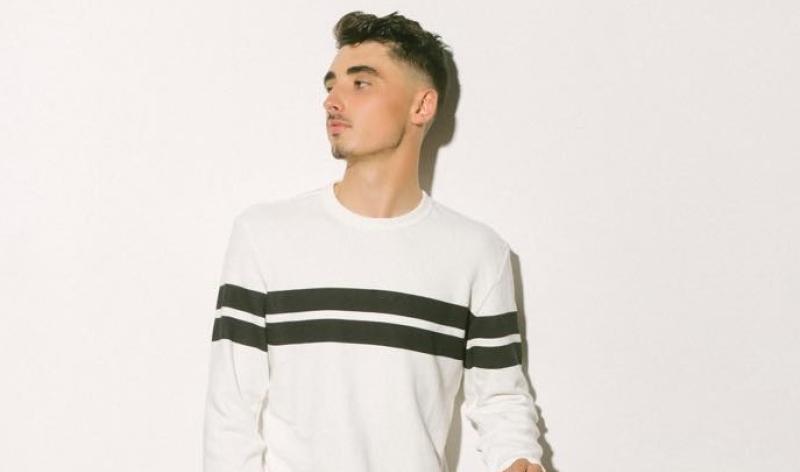 Clonmel's Luke Hyland has released I Want You on Spotify

A talented musician from the South East has moved home from Sydney, Australia, intent on breaking the Irish music scene.

On the back of releasing his first song on Spotify, Luke Hyland says he is “unrecognisable” from the teenager who went to CBS High School in Clonmel.

The I Want You hitmaker dropped out of a course in Aircraft Systems at IT Carlow after a year and started working with Abbott in Clonmel. He moved to Sydney two years ago to “get away from Ireland and experience something new”, crediting the move as the source of inspiration which kick-started his music career.

“I went Down Under like any other Irish person, and the Sydney experience was amazing.  If I never went to Sydney, I would have never gotten exposure in the music industry, which has given me the courage to do what I’m doing now,” the 22-year-old tells Waterford Live.

“In Australia, I was less affected by other people's opinions, like from family and friends. When you say you want to be a musician, it doesn’t go down too well, especially if you’re in a good job. It’s very hard for someone to come out and admit they want to be a musician.

“When I went over to Sydney and was on my own, I didn’t have that pressure to get a good job and that’s when I really figured out that my future is in music. I have come back to Ireland with that mindset,” he continues. 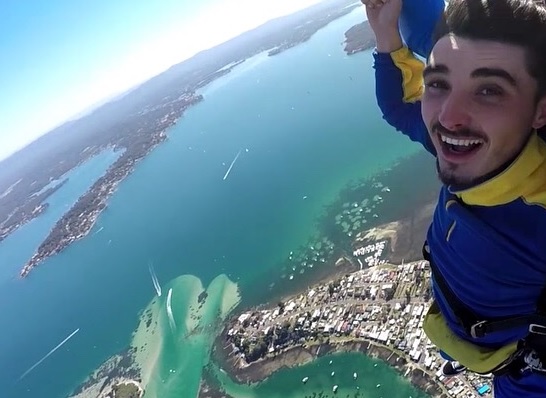 Luke had an "amazing" time in Sydney

Luke surrounded himself with different nationalities in Sydney, allowing him to develop culturally, professionally and as a person. He worked as a labourer on the Sydney Light Rail project, taking a half day on Wednesdays to practice music at The Artist Studio. “It’s very different being Irish abroad. For a lot of Irish people who go to Australia, it’s like still being in Ireland because there are Irish pubs, villages and companies. You can still go there and be surrounded by Irish people, but I went the opposite way. I surrounded myself with people from Australia and countries like Sweden. It really opened up my mind to be around people with different cultures.

“I got inspiration from my uncle who played the guitar and I started around 13, but I wasn’t very good. I never went for a guitar lesson, and it was only the past year that I started getting vocal lessons in Sydney. It has taken me a good while to get to the level I’m at.

“I had to write a new song every week for The Artist Studio, which got me into the routine of songwriting and developed my skills. I also got to perform at Venue 505, which was hosted by The Artist Studio and gave me great exposure.”

Luke returned home to Ireland one month ago and put the finishing touches to I Want You. “When I came back to Ireland, I didn’t know anyone in the music scene. I just had this song and I wanted to get it out there to get the positive momentum going.

“It has been slow getting things going back here because I had built up a good range of contacts in Australia. It was like starting all over again, but I’ve been sending out loads of emails since the release of my song and managed to get a gig out of it in a Dublin pub.”

Luke believes the digital age has created the platform for young Irish artists to shine in the coming years. He takes inspiration from artists such as Ed Sheeran, Khalib and Shawn Mendes. “Shawn Mendes writes in a way that is very vulnerable, really goes in-depth about his feelings and is very open, which I admire because it’s very hard to do that. The whole tone of Khalib’s voice is amazing and the songs he writes are incredible. It’s really good that young Irish artists can take inspiration from people in America and across the world because of the internet age. We are going to see a lot of Irish artists in the future with different influences.”

Luke, who is the son of Mandy Murphy from Clonmel, is “really excited” about flying to London next month to record two songs with a producer. He encourages other young people dreaming of breaking the music scene to start writing songs and fulfill their dreams. “If you are motivated enough, it doesn’t make a difference that you have no contacts. It’s easy to say you’ve no contacts and can’t do it! Get into the scene, do your thing and the contacts will come with that,” he smiles.

You can listen to I Want You on Spotify now.