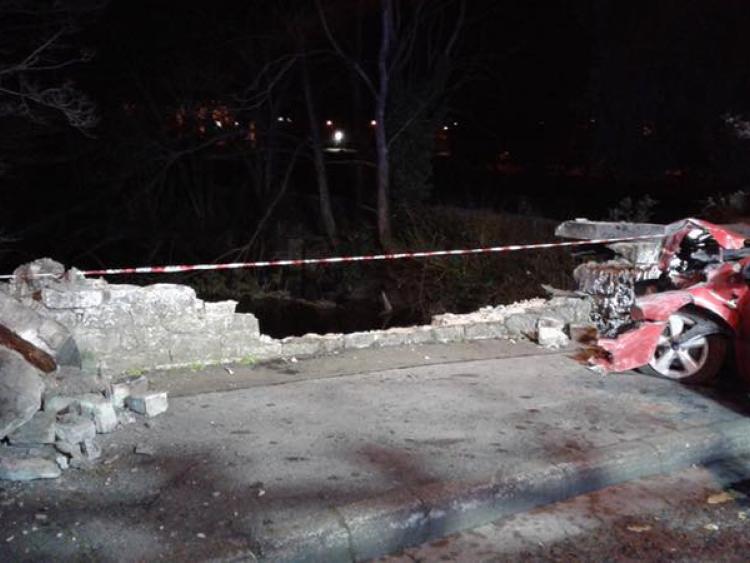 Emergency services were called to the scene of a serious crash at Hardy's Bridge at St Otteran Place at the weekend.

No serious injuries were reported but Waterford Council were called to secure the bridge wall which had taken significant damage.

Waterford Fire Services have reiterated their warning to slow down and "drive to the road conditions you are faced with." 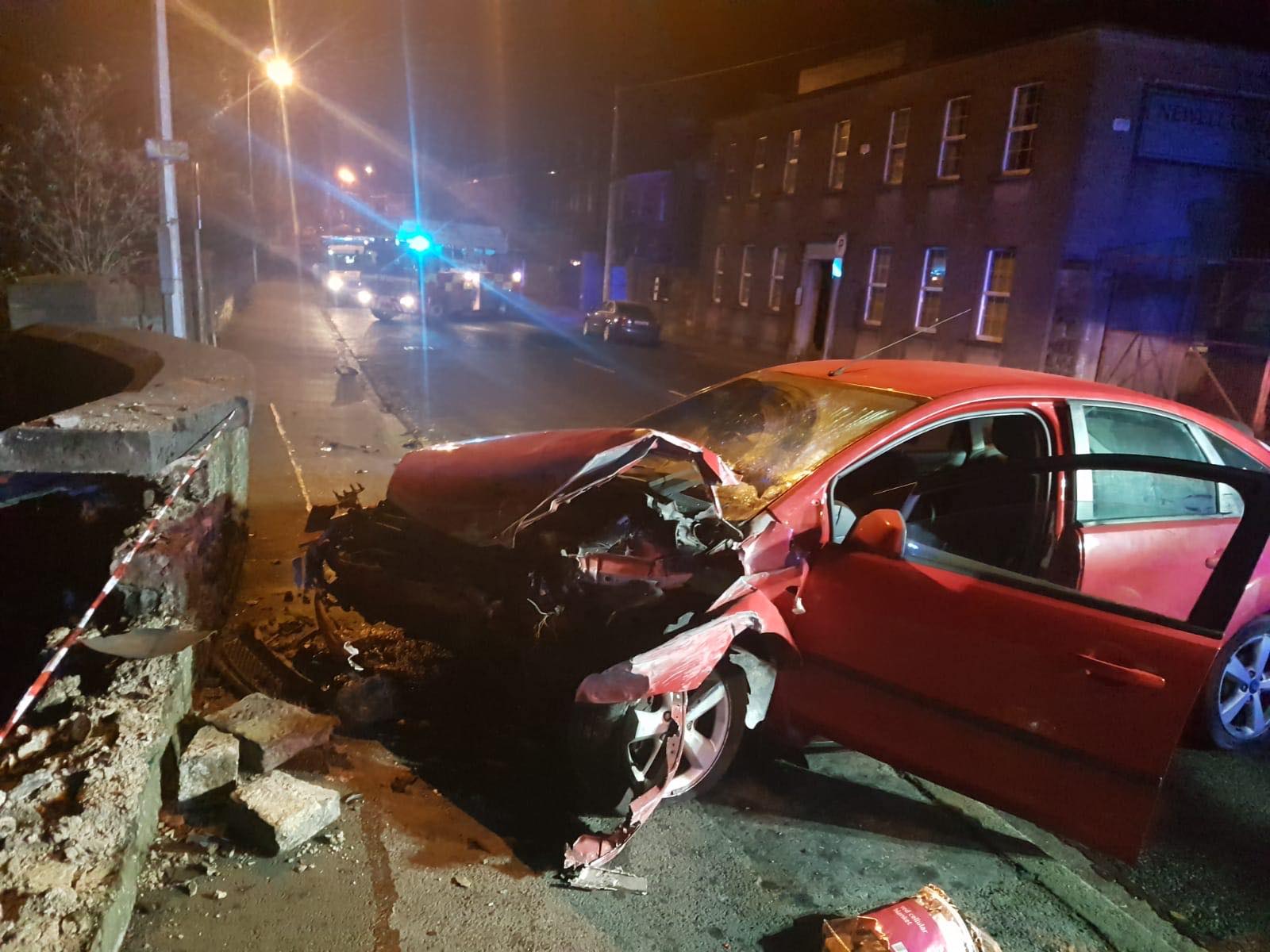 The scene at Wyse Bridge on Catherine Street