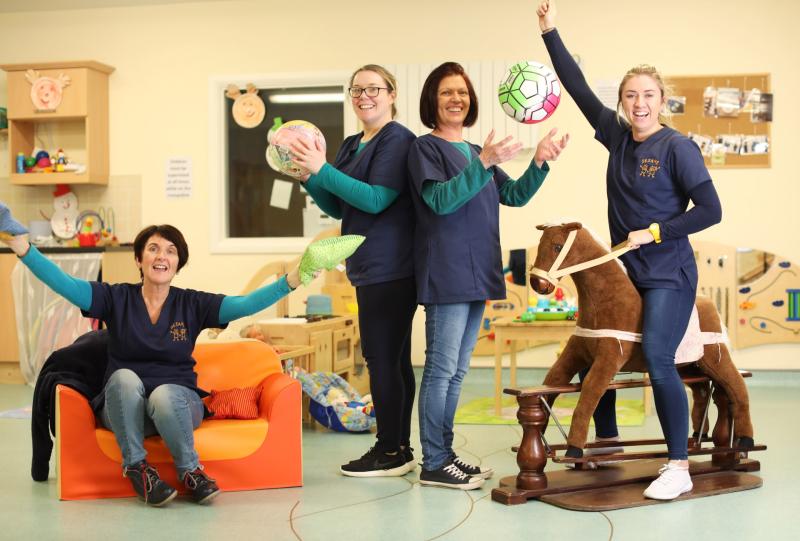 This funding, raised by players of National Lottery games is supporting thousands of organisations, sports clubs and community projects across the country, many of which are from Waterford.

Certain milestones might seem minor but to small children with specific hurdles to overcome, success can mean so much. And for their families the achievements are anything but minor.

For over 30 years, a service in west Waterford has been helping young children at a critical time in their development to reach those milestones, to learn and develop.

Many children using the service have Down syndrome, Turner syndrome, autism, or other conditions. Many of these children require intense speech and language assistance and it’s the one-to-one structure of Sesame which makes it such a vital asset for families in need in the west Waterford area.

“We operate with six staff members who, in a session, work with six children. That closely focussed work helps the children learn in a welcoming environment,” explains Pamela Morrissey, a co-ordinator at Sesame.

Therapists with a range of specialities visit the service each week and develop child-specific programmes. Run by a voluntary management committee the Sesame Early Intervention Service has also developed strong ties with parents whose children have attended the service over the years.

As a result, fundraising events for the service in Dungarvan, and beyond, are embraced. At Christmas time Santa even makes a visit to Sesame to bring even more smiles to a centre full of them of a daily basis.

“It’s very rewarding work,” explains Pamela. “The children each have their own milestones and when they reach them it gives everyone a high, especially the parents.”

A recent grant from the National Lottery Good Causes fund enabled the service to purchase a hoist which is used for children with physical disabilities.

“It was especially useful for moving children from the floor onto their chair. Equipment such as this is much-needed and makes our life and work easier,” said Pamela.

This year the service was short-listed for the ‘Specialist Care Centre of the Year’ in the Irish Health Care Centre Awards. Catering for approximately 13 children at any one time the service runs eight-sessions a week – each weekday morning and on three afternoons.

Caring for and nurturing young children with special needs at a vital time in their development this service is invaluable for families in West Waterford.

2018 was a successful year for Good Causes across Waterford as in the inaugural National Lottery Good Causes Awards the Health category was won by the Waterford Healing Arts Trust, based at University Hospital Waterford. Among the 36 finalists there were also three other good causes from the Deise who were the Mount Sion Choir, the Waterford Intellectual Disability Association (WIDA) and Park Rangers AFC.

National Lottery CEO, Dermot Griffin, today thanked players for supporting Good Causes by playing National Lottery games: he said: “More than €4.4 million was raised every week in 2018 which goes to good causes such as Sesame across the country in the areas of Health, Sport, Youth, Recreation, Amenities, Welfare, Arts, Culture, Heritage and the Irish Language."

"This is all down to the people of Ireland who played National Lottery games over the past 12 months for whom we are really appreciative of. Good Causes funding has played an important role in the development of the country over three decades and has helped to define Ireland, our communities and our culture.”