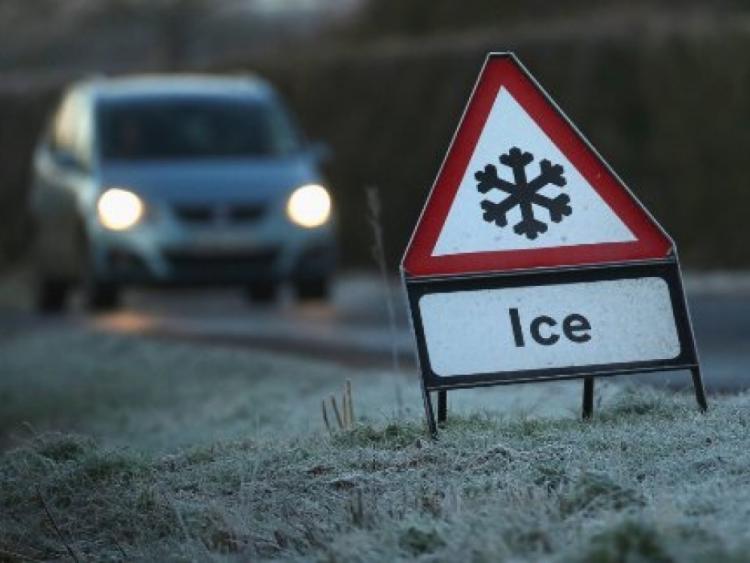 According to Met Eireann, it will continue cold this week with night-time frosts, icy patches and some 'wintry precipitation' at times.

According to Met Eireann, Monday morning will be mainly dry, with frost clearing quickly. Cloud will gradually increase from the west, with rain developing along west and southwest coasts by late morning, extending gradually eastwards during the afternoon and early evening, possibly turning to sleet in parts of Ulster, with a risk of hill snow. Very windy also, with strong and gusty southerly winds. Clearer conditions, with scattered showers, will follow during the evening and early night, but it will turn much colder, with many of the showers turning wintry. Maximum temperatures 4 to 8 degrees, coldest in Ulster.

Remaining rain in eastern counties will clear early on Monday night, and scattered showers will continue to feed in across the country from the Atlantic. Some of the showers will be heavy and possibly thundery, and they will turn increasingly wintry overnight, falling as a mixture of rain, hail, sleet and snow, producing a heightened risk of icy stretches on untreated surfaces. Minimum temperatures minus 2 to plus 2 degrees Celsius in mainly moderate westerly winds, which will be fresh to strong and gusty near coasts. Frost forming in sheltered spots.

Met Eireann is forecasting that Tuesday will be a very cold day with sunny spells and widespread showers. The showers will continue to be wintry in nature, falling as a mixture of rain, hail and sleet. Afternoon highs of just 2 to 5 degrees generally, but 6 to 8 degrees in the coastal fringes of the west and south. Moderate northwesterly winds will be fresh to strong and gusty near coasts. Showers will become increasingly confined to western and northern coasts on Tuesday night and long clear spells will develop. There is still the risk of further wintry falls, mostly for inland Ulster. Lows of minus 2 to plus 2 degrees with a widespread frost and the risk of icy patches in light to moderate northwesterly breezes.

According to the national forecaster, many central, eastern and southeastern areas will be dry and bright with sunny spells and just the odd shower on Wednesday. It will be cloudier further west and north with patchy rain and drizzle. Still rather cold with afternoon highs of 3 to 7 degrees in light northwest breezes which will be moderate along east and south coasts. Many areas will be dry with long clear intervals on Wednesday night, although cloud will tend to linger near west and southwest coasts with the risk of patchy drizzle continuing there. Cold, with lows of minus 3 to plus 3 degrees in near calm conditions with another widespread frost and the risk of icy patches.

According to Met Eireann, there is still some uncertainty with regard to Thursday's forecast, but current indications suggest a mostly sunny but cold day with frost only slowly clearing on Thursday morning and afternoon highs in the low single figures with light southerly breezes. There is a chance that an Atlantic weather front will advance sooner and thus produce a cloudy but less cold day with patchy rain and drizzle. However, at present, this scenario is more likely for Friday.

Mostly cloudy with patchy rain and drizzle edging in from the Atlantic accompanied by moderate southwesterly breezes on Friday. Milder than preceding days with highs of 8 to 10 degrees in light to moderate westerly winds.

Current indications for next weekend suggest a wet and rather breezy, but mild day on Saturday following by a drier and colder day on Sunday.