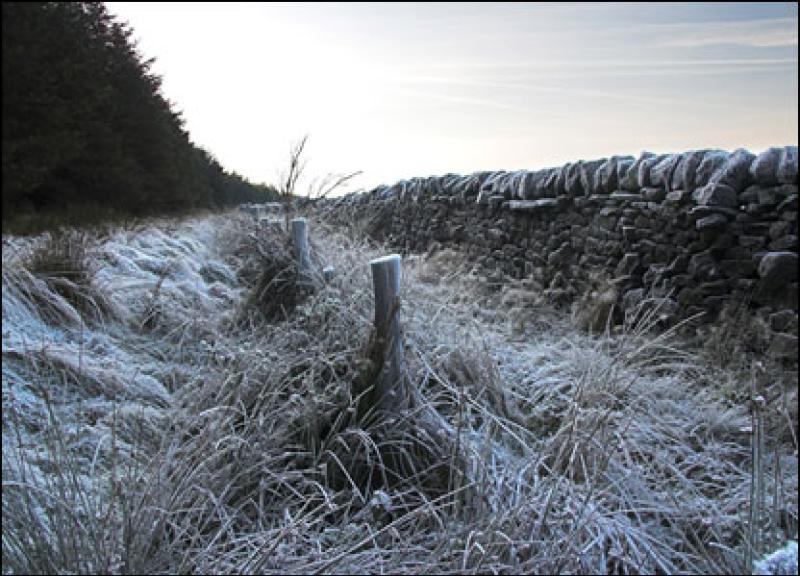 According to Met Eireann, there is more settled weather on the way in the coming days although it will start to become colder at night with temperatures dropping below zero with frost developing.

Becoming cold and frosty tonight over the north and east of the country tonight with long clear spells and temperature of between -2 and +2 degrees. Cloudier and milder in the west and southwest with the odd spot of drizzle and lows of 4 to 7 degrees. Some mist and fog will form also under slack winds.

According to Met Eireann, Wednesday will be dry in most places apart from a few patches of drizzle near south and west coasts. A few sunny spells will develop with the best in the north and east. Highest temperatures 4 to 8 degrees but possibly a few degrees below this where any mist or fog lingers through the day. Southeast breezes will be mostly light.

Other than a few spots of drizzle on hilly areas near Atlantic coasts, Wednesday night will be dry and calm but cold. A widespread ground frost will form inland and may be sharp across the midlands and east.

Met Eireann states that it will stay essentially dry through Thursday, Friday and Saturday. Daytime weather conditions will be mainly dry and pleasant. Cloud will vary with the south and east likely to get the better sunny breaks. Other than light south or southeast breezes near Atlantic coasts, it willbe mostly calm, though quite cool with temperatures at best in high single figures. However the nights will be quite chilly with frost and fog patches forming. The frosts will be sharp occasionally in the midlands, north and east. Any minimal precipitation will be confined to western coastal margins and hilly places.