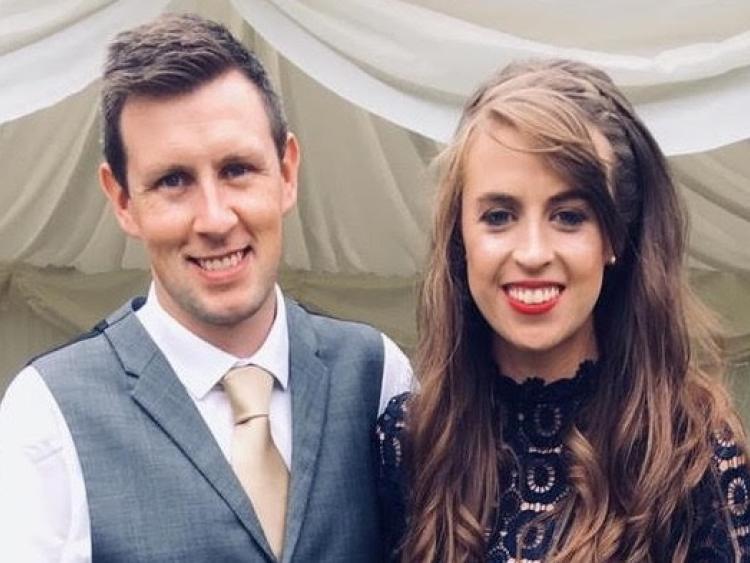 A Tipperary leisure centre manager and a retired secondary school teacher living in Waterford have shared their battles with cancer.

Clonmel Park Hotel Leisure Centre manager Anthony was “just having a scratch” when he discovered a pea sized lump on his right testicle last April. After checking in with his doctor, he was referred to South Tipperary General Hospital for an ultrasound and was inevitably diagnosed with testicular cancer.

Recalling the “frightening” diagnosis, Anthony tells Waterford Live: “I would be quite strong-minded, but it was tough when I heard those words. The doctor said my life was going to change and I didn’t know how to react. My girlfriend, Eimear Howley, was sitting in the waiting room. I had to go for a chest x-ray in another room, just to see if it had spread, and had to pass by her on the way. I thought I felt perfectly fine, but she said I looked like a ghost and that was when it hit me.

“The emotions really started once I was told that surgery was needed. I was very upset for the rest of that day, so we went for a walk out by Bulmers to try and relax. I had planned on proposing to Eimear before I found the lump. At such a young age, I didn't know what to expect from the cancer.”

Within two weeks, Anthony went for an operation to remove his right testicle down in the Mercy University Hospital in Cork. He feels “lucky” to have caught the cancer early, sparing him from gruelling treatment.

“I had blood tests and a pre-op done on a Tuesday and the testicle was removed the next day. I was so early finding it that I didn't have to do any treatment, but I didn't find that out for about three months because I was waiting to do a CAT scan at the end of summer. All I have to do now is have a CAT scan and blood tests every three months for the next five years,” 29-year-old Anthony continues.

Not knowing what was facing him, Anthony returned to Plan Proposal and got down on one knee over the summer. He says Eimear was a “rock of support” throughout his fight with cancer, and they are now planning on walking down the aisle in 2020.

“Eimear was unbelievable. I would have cracked up without her. I had these moments where I thought I was going to die and she would come along and make things better. I was bed-bound after the operation and without her I wouldn't have got through it,” he smiles.

Anthony also praises family and friends for supporting him along the way. “I was very open about it from the start with my friends and started the slagging myself. I got through it by being very blunt with them and making puns like 'check your balls lads'. But I still don't think any of them would have checked them when they went home. There's a stigma around men's health!

“When I posted on Facebook that I had cancer, the amount of friends that contacted me and said they had it before was crazy. They had been through it, but never had gone public with it, and wanted to help me.”

Anthony feels speaking out about his journey with cancer could save someone’s life. He encourages men to get familiar with what their testicles feel like and to get any abnormalities checked out. “I remember reading about another man who had testicular cancer, but I never thought for a minute it would happen to me because I'm Irish and nothing happens to us. We are no longer afraid to use the word cancer in my house.

“I'm one of the lucky ones that caught it early, but others aren't as lucky. By openly talking about it, you could save someone's life. It is the most curable cancer, but it can travel up the body and you might have to do treatment for two or three years.

“If you put your health first, you will be fine. It's nothing to be afraid of! I was back playing soccer eight weeks after the operation and was back to work within two weeks. Don't be afraid to check your balls in the shower or in bed. Spending 10 seconds a month checking yourself can stop this disease from spreading,” he adds.

Mark Jordan was diagnosed with prostate cancer two years at the age of 67.  “Two of my brothers got prostate cancer when they turned 60, so I would have been getting blood tests and my PSA levels checked regularly. My PSA had gone above the level for my age, so I was sent for a digital rectal exam where the doctor got an idea of changes in the prostate. I had a nodule on my prostate and had to go for a biopsy because of my high levels of PSA,” Mark tells Waterford Live.

Similar to Anthony, Mark's recovery was rapid. He was “very positive” after surgery, but feared the side-effects of the “couples disease”. He explains: “Prostate cancer brings a lot of difficulties into the home. I feared erectile dysfunction and incontinence. The idea of leaking and not being able to control urine is a scary thing. I was wearing pads that absorb very rapidly, but psychologically you have that fear of being out in public and that you might wet yourself and the odour that comes with that.”

Mark says getting into the routine of doing rigid exercises for the pelvic floor muscles is essential after surgery. “You can get back to a normal life. It takes six to eight weeks to go from no control at all to complete control. The problem for some men is that they give up and once that happens you are on a downward slope and may not be able to come back. Support from your partner during this time is incredibly important.” 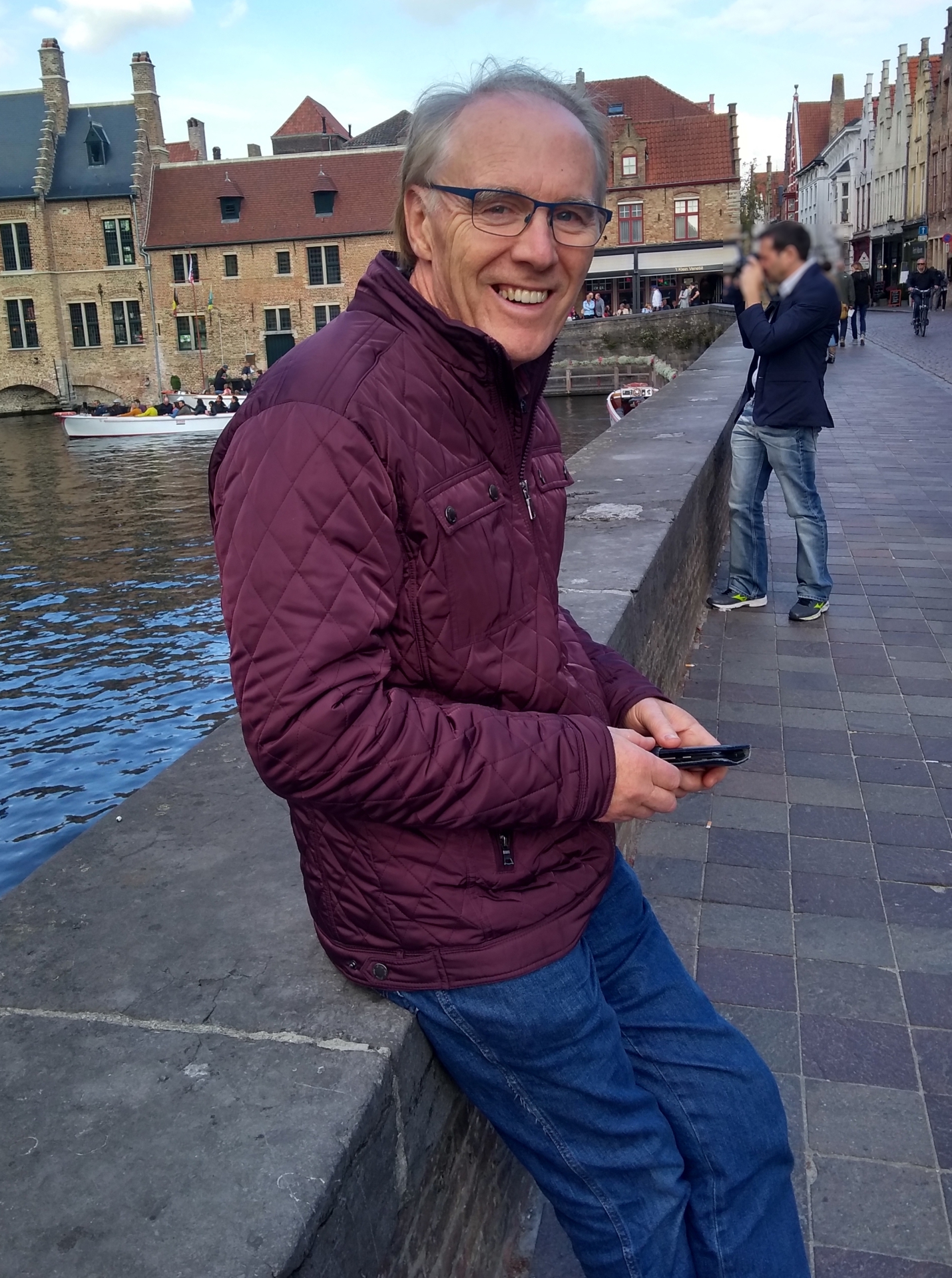 Mark feels such is the extent of the stigma that surrounds prostate cancer that “some men would rather die than admit they have it”. He continues: “There's nothing worse than having someone who loves you and you won't talk about it with them. I have met men that won't talk about it, even with their spouses, and it's just unbelievable. Men seem to have this view that without their penis they are nothing and wearing nappies is the ultimate disgrace on top of erectile dysfunction for them.”

Mark encourages men to record their PSA levels every time they get them checked and question any rise in levels, even if it is still within a normal range for the given age category. He also advises men with prostate cancer to speak to their doctor about the different treatment options available.

“It will spread to your lymph system and bones, which is the killer, if you don’t catch it early. All men have to do is go to the doctor and have a PSA test done. Men should be conscious and aware of their PSA levels each time they get it done. The doctor should give you the figure, so when you go back the next time you will know if there is a difference, instead of just being told that you're fine.

“I had an MRI done and it helped them identify where the prostate cancer was, which contributed to my outcome being so good. 35% of my prostate was malignant when they removed it and it was only a matter of time before it spread, so I was very lucky,” the father of four adds.

Mark has set up a website to help men with prostate cancer. More information is available here.