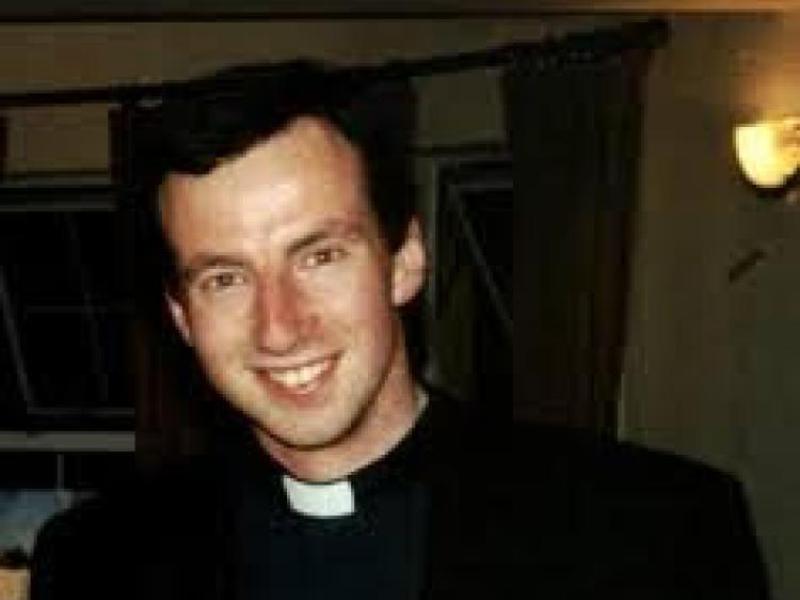 IT HAD BEEN a day of storms and rain followed by a dark and dreary night.

It was a night in which many people would have chosen to stay at home, warm and comfortable by the fire, yet 148 of us, elderly, middle-aged and young, assembled in Clonmel's Hotel Minella to share our memories of a young curate who had ministered for a period of nine years in Ss Peter and Paul’s Parish, Clonmel. He was Fr Colm O’Brien, a native of Waterford city, who following his ministry in Clonmel, served only one year in Tramore, and died aged 36, ten years ago.

The meeting had been arranged and opened by the Bishop of Waterford and Lismore. It was in response to persistent “feelings”, expressed by many ordinary people that Colm was a person of such exceptional qualities and gifts, and had been so influential on the lives of many, many people, that he should be declared a Saint of the Church.

Most of us, ordinary people, were not familiar with the long process that is a preliminary to such a declaration, which is the identification of a person as, firstly, a Servant of God, then Venerable, then Holy, and then Sainthood. All we were aware of was that, in our association with him in his ministry in our parish, we had met a man of exceptional warmth and human concern and kindness; qualities which seemed to radiate from within his own deeply committed Christian faith.

So, on that recent dark night, we were invited to sit down in groups of about ten, and share our memories of Fr. Colm. Looking around at these groups, it seemed to me that the spontaneity was remarkable. there were no inhibitions, everybody had a story to tell, an encounter to recall, an experience to relate, a memory to share.

And memory can be a variable, faded, blurred by time, reassessed, but the memories of Colm were very fresh, very vivid, as “if they only happened yesterday” as somebody said to me. People recalled his extraordinary and sustained support in times of tragedy, of death and despair and family troubles and during periods of dark nights of the soul and the body.

In a column written on the occasion of his death 10 years ago, I recalled the experience of one woman whose husband had died by suicide. She told me of the utter devastation which descended on the family, of her loss of coping skills, of her fears for her children. It was Colm’s support, she said, which helped to bring her from the depths of her own despair into a time “when I felt I could live again".

I also personally witnessed his visits to the bedside of an elderly woman in the throes of a dementia, which had reached a stage of extreme confusion and aggression. His presence, the light touch of his hand on her's, instantly seemed to calm her and she was smiling when he left.

Many such experiences were shared on the occasion of that recent gathering in Hotel Minella. There was the young, bright teenager girl to whom he brought a tranquility in her acceptance of the brain tumour from which she ultimately died, and there was the peace which he brought to her distraught family long after her death.

But there were other stories which, it seemed to me, could not be told. They were too personal, too vivid, too close to the heart, to be relayed even with the construct of that warm gathering.

It seemed to many of us that Fr Colm was always at hand, always accessible, and that accessibility cannot always have been too convenient nor too comfortable. A friend told me that once, when accompanying him on a five minutes’ walk to a pub where he occassionally had his lunch, Colm was separately approached by five different people whom he did not personally know but who wanted to talk with him. That was not an infrequent occurrence, my friend said. “People wanted to talk and Colm always listened.”

He was gifted with a radiant smile and it was a smile for everybody and to which everybody responded and felt the better of it. His inherent goodness shone with that smile. He had a great sense of humour and of fun, and laughed easily at the ridiculous and the zany. He loved the simple things in life, like cycling in the very early morning just as the sun was rising. And he loved chocolate-cake. Somebody who knew him well described him as a chocoholic.

Fr. Colm also loved to sing. He had a fine tenor voice with which we were familiar in church, but his uncle recalled his singing at family gatherings when, with his back to the fire and leaning against the mantelpiece, he would give a spirited rendering of songs like The Fields of Athenry. All of these, snippets of his life, we heard about at the Hotel Minella gathering, but perhaps his real legacy lies in his influence on peoples’ lives during his brief time as a priest.